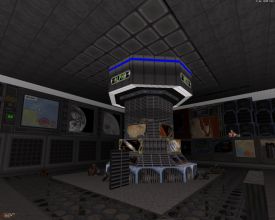 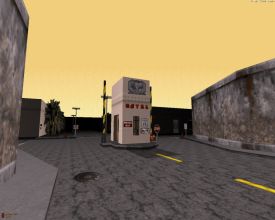 Steve Long's episodes have for long been on my "to play" list but after once picking up the first episode and not being very impressed with it, I lost interest. However, when all four episodes were presented to me conveniently packed, I took the opportunity.

In total, there are 32 levels. Aside from the levels, nothing else has been changed, so you won't face any new enemies or even hear "Dethtoll" in any other level than E1L2. There is a story, but it makes some sense only if you consult the txt after every level. 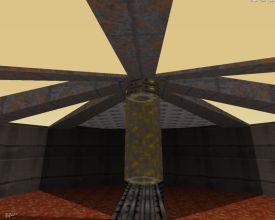 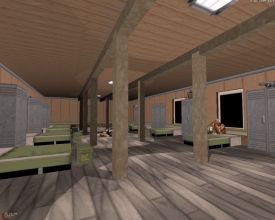 Episode 1: The first two levels are pretty insignificant beginner maps with tons of bugs, including flat monsters and alignment bugs, and are just generic hi-tech bases with no recognizable theme. The third level, a big city map, while not impressive design-wise is a step in the right direction with some good locations but unfortunately huge distances. The fourth map is a launch facility, not impressive in terms of details but has some cool stuff such as an air tram and of course the rocket you're about to take to space. This is followed by a serie of space maps which have some cool visual sights but also quite sloppy design, unfair tripbomb ambushes and plenty of fire extinguishers.

Episode 2: Starts with a sloppy "scary" map with a few redeeming features (torture chambers and labs). The second level reminded me, in a good way, of Shade, a Quake-like oldie. The third map is forgettable and filled with annoying tripbombs. Then things really start to get better. The fourth level begins with you crawling out of a sewer and entering a boot camp area, a refreshingly bright city environment especially after spending a lot of time in caves and confined spaces. The military/garrison theme continues in the fifth, a good looking map in every way but also one that has way too many buttons and tripbomb ambushes. Next is a night-time city map. This is maybe the second best map so far, kinda like the third map of the first episode but with a lot better design. And once again there are way too many annoying tripbombs, which by now have established themselves as an unfortunate trademark of this pack. After this, there's a short church/underground map and then a submarine base, a pretty cool map with a submarine segment. The watery theme continues in another highlight of the pack, a sunken ship with upside down locations.

Episode 3: The third episode begins promisingly with a city map after which you start alternating between city, space and medieval maps and every level seems to end in some kind of a portal. The third map is a medieval torture house with some "creepy" locations but below average design. After a decent city map (with a subway system) you come across several irrelevant hi-tech/space maps but the second half of the third episode also has some highlights such as an interesting mine area, a refinery and especially a city under attack.

Episode 4: This is a short one with just three maps, the last one being a boss map. The shortness is a pity because the first two maps (a movie studio and an underwater base) are among the best of the entire bunch.

Conclusions: Going from the beginning of Steve Long's pack to its end ended up taking five months although no episode took more than three hours. There are many good levels but also a whole bunch of irrelevant, generic hi-tech/space maps, some of which are big enough to take twenty minutes. It is interesting to witness Steve's skills growing level by level although many of the third episode levels were a slight disappointment after the surprisingly good last two thirds of the second episode. Although there is no story that you feel you're a part of there's still a good progression from one level to another and gameplay remains above average the whole time (even though you're given way too many Medkits in the first two episodes). However, the hardest thing for me to understand is the sheer amount of completely unfair tripbomb ambushes which really should hit your nerve, especially if you don't save that often. This is the single biggest problem of the pack so it's not just a minor level design flaw. While level design improves throughout the pack there is still plenty of sloppy design (and stupid things like invisible walls) in some of the later levels which seems to make no sense.

There are no bad levels except for maybe the first two. Whether you want to go through a bunch of irrelevant and generic hi-tech/space maps to see all the good stuff is up to you. I'd recommend you to try at least the second, third and fourth episodes, but be prepared to spend some time with this thing - 32 levels is quite a lot. 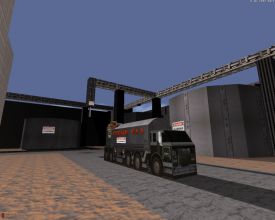 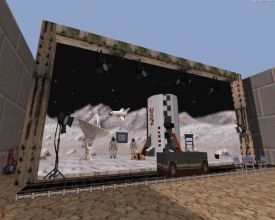 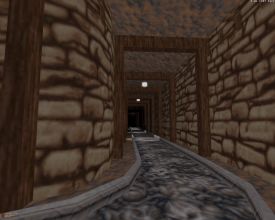 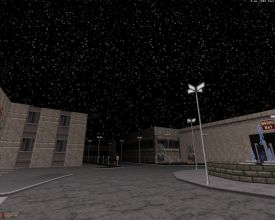