SPEEDTRAX RACING BY MEGATON Speedtrax Racing: Ever played Wacky Wheels (should be on your Duke3D cd)? Well this reminds me quite a lot of that particular game. This is like kids' version of some racing game with colorful levels and funny ideas. And unfortunately it has been mainly designed for multiplayer. There are three game modes - Time Attack (single-player - only two levels), Multiplayer Trax (normal race levels where players compete with each other) & Knockout (small areas where players fight with each other). Multiplayer levels are full of traps & weapons which you can use against opponents. You can leave oil on the road, shoot missiles, leave weights on the road etc. - pretty much like in Wacky Wheels. Time Attack mode - the only single player mode in Speedtrax - includes only two levels. First one seems to be impossible but the second one is easier. Levels are simple & spiced with colorful stuff & sounds.

Fakir's levels: Fakir made a pack of usermaps for Speedtrax Racing. These levels are for both multiplayer modes but not for Time Attack. There are some Knockout levels & normal race levels. They're well designed, balanced (well can't say much about that since I haven't played this thing online) and they fit well with the original Speedtrax. The use of accelerators in one of the levels is well thought - could be fun online.

Conclusion: For single player fans this conversion is useless. There are only two Time Attack levels. The idea is funny and most likely works well online but like every multiplayer pack out there - this one too leaves single players cold. Installation process is a bit unusual so I recommend you just to unzip the files to some empty directory & copy your setup.exe, duke3d.exe & maybe some other necessary files (don't touch duke3d.grp or cons) from your 1.4 directory to Speedtrax directory. 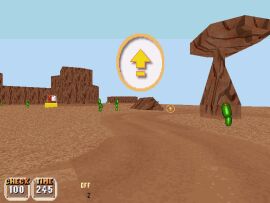 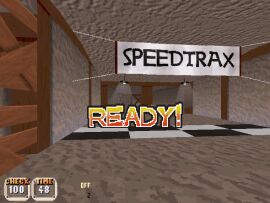 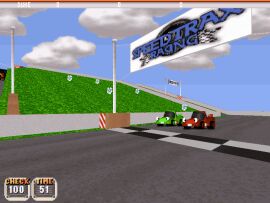 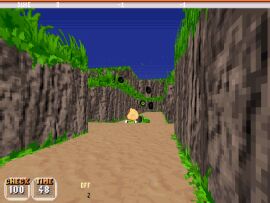