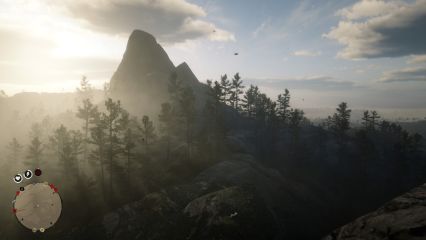 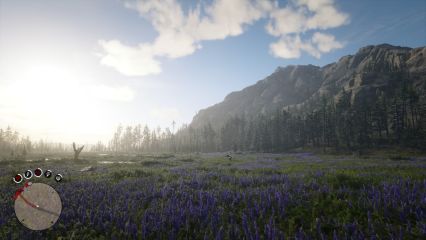 Red Dead Redemption 2 is two games; one emergent, open and free, the other linear, scripted to death and unremarkable. As soon as the story kicks off, you realize you're playing a GTA game set in the waning days of the Old West. You commit various crimes, a shootout inevitably ensues, then you're racing your horse to escape the law. The gameplay portions range from the simple to slightly more challenging that you may need to attempt a few times - again, just think of any GTA game. The design of these missions is, quite frankly, rather hideous in how extremely linear they are. To offer a few examples: Once I was teaching a kid to ride a horse. I strayed off the path by a few meters and out of nowhere the game decided to kill me, as if God himself had decided to slay me right there with a bolt of lightning. Another time I entered a barn and noticed a guy attacking me from behind. There was ample space between us, so I aimed my gun and tried to shoot, but the game didn't let me; it wanted there to be a scripted fist fight instead. Then there's the infuriating way the game controls your movement speed at specific moments. For example, you cannot run within the confines of your camp. I wish I could say there's been at least a bit of evolution in gameplay mechanics since GTA3, but it's gone the wrong way if anything; RDR2 is merely less clunky than older Rockstar titles.

The story has been praised to death by various outlets, but the gist of it is not that special. You play as Arthur Morgan, a member of an outlaw gang led by Dutch van der Linde (whose seemingly infinite supply of various cunning plans is a source of many memes) who also happens to be the closest thing Arthur has to a father. As the story progresses, the gang relocates their camp from one state to another, often compelled to do so due to the encroaching reach of the law. Dutch and the gang of course feel it's all terribly unfair, despite the fact that the gang murders people by the dozens, if not hundreds, throughout the game. Arthur himself is a typical antihero with a tortured past and ambiguous moral standars. How you go about conducting your business with respect to others is largely in your hands, although the game doesn't provide the kind of extensive dialog options like Mass Effect does. Arthur is a violent man but doesn't seem to take any pleasure in it (unlike the game's occasional antagonist, Micah). Voice acting and the direction of the game's cutscenes are first-class, and there's a whole bunch of colorful characters to go around (although nothing quite as juicy as those in, say, San Andreas), including Sadie, the first noteworthy female character in a Rockstar game. No character is really appealing, some are merely less unlikable than others. What RDR2 is missing is the satire and black comedy of the GTA franchise; RDR2 takes itself way too seriously. A remarkable omission is racism; while there's the occasional reference, the issue is barely touched (save for some rather ordinary shenanigans between whites and natives) despite ample opportunities provided by the game's historical setting. All this is disappointingly tame from Rockstar. 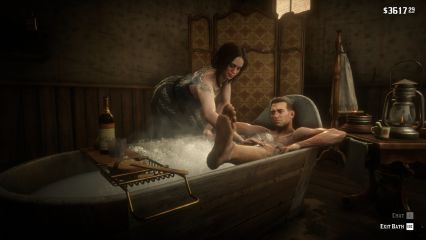 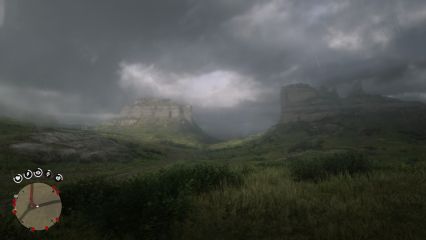 While Rockstar is all about living a life of crime, gunplay has never been Rockstar's strongest suit, probably a result of them having spent too much time in the 3rd-person/console world. The introduction (in a patch) of 1st-person perspective in GTAV was a step in the right direction, and the perspective feels more refined in RDR2. To be sure, the experience is still somewhat clunky, but it's probably intentionally so; unlike in traditional 1st-person shooters, here your body carries momentum. I found myself playing in 1st-person perspective more and more and by the end of the game I switched to 3rd person only for the occasional screenshot. Shooting in RDR2 takes place with single-shot weapons and often on horseback. To alleviate the difficulty of hitting targets while riding on a horse, they added in a "Deadeye" feature, which is just a fancy name for a typical slow-mo ability. Shooting itself is pretty satisfying; the weapons look nice, sound punchy enough and bullets make a beautiful mess of their targets. It starts off as a learning experience, but the weapons handle nicely once you get a hang of the 19th century shoot-reload-shoot-reload mechanics.

The world itself is wonderful and the game's attention to detail is unprecedented. There's everything from majestic snow-covered peaks to swampy deltas (bayous). Basically the entire North-American continent has been compressed into a single map here, including plenty of its flora and fauna. Animals act as you'd expect them to: Wolf packs are something you need to watch out for; bears can be terrifying if provoked; places with alligators are like minefields. The rest tend to run away as soon as they spot you, which makes hunting a challenge. Animals (and flora) in RDR2 can be studied, killed, their meat consumed or sold and their skin tailored into various clothing. I played the game for nearly 100 hours and not once did the world cease to amaze me. This game, or at least its open-world portion, is best played at a relaxed pace. There's so much to see, and curiosity is often rewarded with a secret or at the very least some eye-catching design. You'll do most of your traveling riding a horse. The "driving" mechanics are comfortable and easy to get a hang of, but different horses have different stats, and it takes time for you to perfectly bond with a given horse. I once lost a horse I had spent most of the game with, but such is life.
There's one thing that breaks the immersion of being there though and that is the extremely accelerated day-night cycle: 24 hours seem to go by in less than an hour of real time. This also affects weather, as thunderstorms last merely a minute or so of real time, giving you no time to soak up in the atmosphere. Moonless nights could also be much darker, as now they're laughably bright. Rockstar should fire up a STALKER Complete game and see how it's done.
All this visual fidelity is very demanding, of course, but the game's optimization is pretty good for a Rockstar game. I started playing it almost a year ago on my old setup, a potato with FX-8350, R9 380 and 16GB of RAM and got decent performance out of the game. On my new hardware (Ryzen 5 3600, 5700XT) I was playing on a mix of high and ultra settings PLUS a resolution scale of 1.5 (this is a very demanding setting) and got a stable 60 frames per second. Some have reported crashes (including a friend of mine with almost identical hardware), but I experienced only a few of these. There are plenty of graphics options to go through, some of which are better left untouched unless you know what you're doing: Those of us who grew up with PC games through the '90s know one should tinker with graphics settings and not blame a visually demanding game for "garbage optimization" if it won't immediately give you 144 frames in 4K on moderate hardware (hell, you shouldn't expect that even on good hardware). 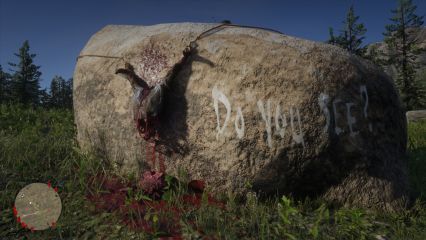 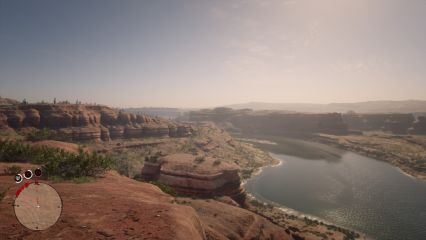 All this open world isn't there merely for the sake of sightseeing. The world is filled with activities that you can engage in. These range from hunting (which can be very challenging depending on the prey) to social activities such as playing various minigames and helping out your camp by doing petty chores. I didn't care much for the social stuff, as I prefer to save that for real life and have no need to look for substitutes in video games. Hunting seemed interesting, but it's also something I find off-putting (although back in the day you either did it or died of starvation). Your character's clothes, horses and weapons can also be customized, but that's something I only occasionally fiddled with. Quite frankly, I found spontaneous quests and encounters with strangers more interesting than all the menial Mickey Mouse stuff.
After the main story is over, an epilogue opens up the entire map from the first game (which takes place after RDR2) for exploration. I'm not sure if this serves any other purpose than to show "look how much bigger and better the new map is", as there's not much to do in this old area, but it's good for a few hours' worth of exploration if for no other reason but to marvel at its impressive visuals.
The game's interface/menu system is clearly a product of console design. Scrolling long lists is uncomfortable; better mouse support would've helped. There are too many menus for too many things and often you find yourself scratching your head trying to recall which menu had the thing you were looking for. There's just too much stuff in the game and the way it's organized is not very comfortable or efficient.

Conclusion: The main story of Red Dead Redemption 2 isn't all that outstanding and there's a lot to criticize the game for from its clunky menus to overly linear missions. Rockstar seems much too stubborn about their design choices, seeing they've been this way for 20 years now. But I spent most of my in-game time doing something other than playing the main story. A stunning amount of work went into designing the game's immersive and immensely large world. It kept me entertained for a few dozen hours even after I had already finished the story and had no noteworthy sidequests left. I kept riding from one corner of the continent to another, witnessing ufo sightings and a glacier making a strange, disturbing (and, apparently, realistic) noise. Even now that I'm about to uninstall the game to make way for Cyberpunk 2077, I still feel an itch to go back for one final visit to reminiscence and reflect on events that transpired there. 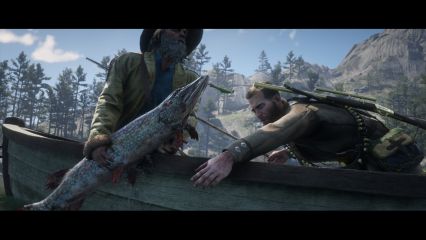 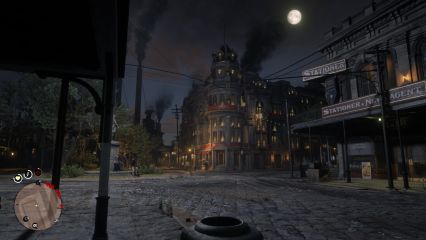 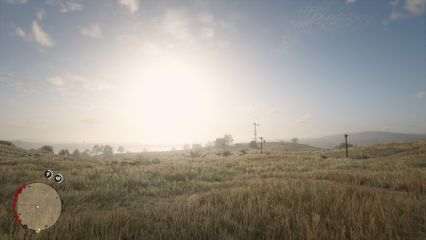 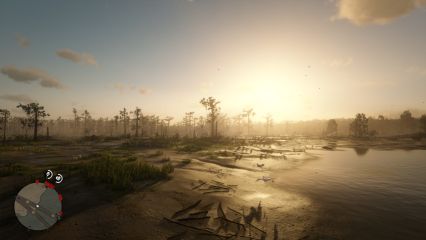 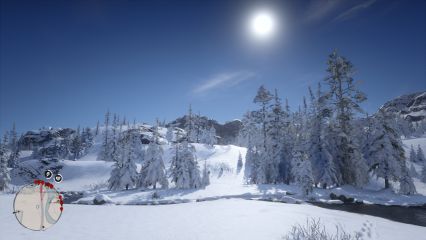 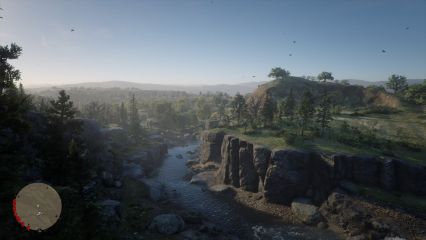