PRAY YOUR PRAYERS 2000 BY "SHAMBLER" AND PYP TC TEAM The first release of "Pray Your Prayers" only had three levels and a bunch of other things, such as good weapon models. Shambler (the project leader) decided to fix the level problem and started working with extra levels and "2000" release of PYP. It's finally here.
Updated 8.29.2005

-Levels:
This time - the levels are awesome. PYP 2000 has actually two levels from the older version (luckily the best two), four brand new levels and a briefing map for each mission. The Russian snowbase looks amazing and is almost as good as the legendary "Bobafett" level. "Adrenaline", some ultra secret government facility, is a nice mix of awesome terrain design and hi-tech. The secret level (you better find it) "Desperado" is a city map with standard puzzles and very kickass design. Score 9/10

-Weapons:
Pray Your Prayers 2000 has all new weapons. The new Shrinker is a bit dull since it only makes an enemy disappear (with a flash) for a few seconds and then brings it back. It's pretty cool but very useless. Shambler's Hand is cool and has a neat effect on Sentry Drones. Other weapons are the same as the old ones, just with new skins, sounds and more power (this makes your enemies a bit more powerful too). Score 10/10 -Other:
The levels rely heavily on original textures and get along fine without anything new. There are new sound effects and a brand new soundtrack which is a good one. Score 8/10 Conclusion: Superb levels, cool new weapons and a kickass soundtrack:
WWW:Sunet FTP
Version: Both
Author: Shambler and the PYP team
Size: 4.20Mt
Score: 9 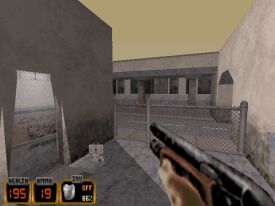 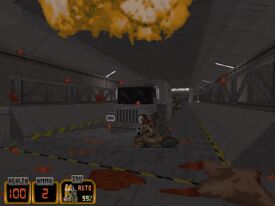