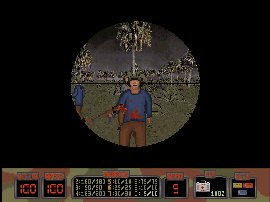 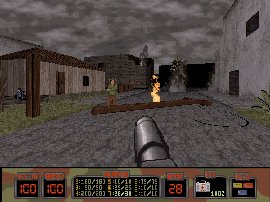 This TC is very important and one of the first ones. Old review was done probably in
summer 1999 (if I remember right) but now (18th of June 2001) it's time to review it
again. I also did a Platoon TC map. Download it below.

-Levels:
If you have seen 'Full Metal Jacket', 'Platoon', or 'Apocalypse Now' movies then you know
what to expect. Ruined cities, villages, jungles etc. War theme is very close and new textures
are looking very good. Especially outside areas are looking very realistic and the ruined
Hue city in the end. Village houses might look a bit empty but that's not a problem. These
levels are also full of airstrikes, artillerys and other military action.
Score 9/10

-Enemies:
Vietnam soldiers. Watch out their rifles because loosing energy is a lot more easier now.
There are also suicide troops and cannon troops. Mines are also dangerous but they can be
disarmed. Watch out for airstrikes and artillery fires even they are on your side.
Score 8/10 -Weapons:
M16 (former pistol) is the most powerful and very accurate. Chaingun (or whatever SAW it is
now) is useless because it's difficult to hit anyone with it. New Rocket Launcher holds ten
rockets and it is very powerful. Flamer is poor and sniper totally sucks.
Score 7/10 -Other:
Textures are very well done and fits for the war theme. New sounds are cool. It feels like
there would be a battle going on all the time outside. Musics are very good too.
Score 8/10 Lastability: Good but very difficult TC:
WWW:http://www.fileplanet.com/files/130000/130102.shtml
Version: Both
Author: TNT Team
Size: 3.68Mt
Score: 8/10 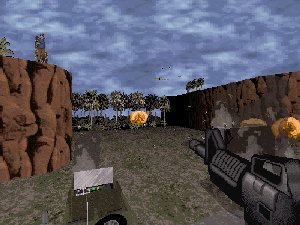 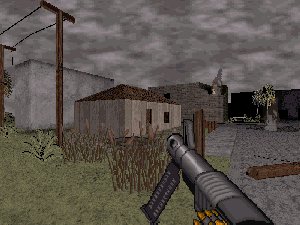