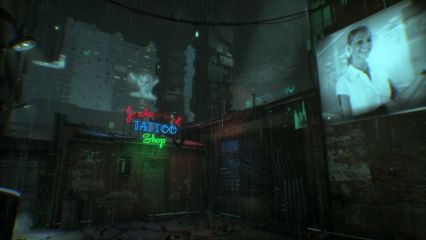 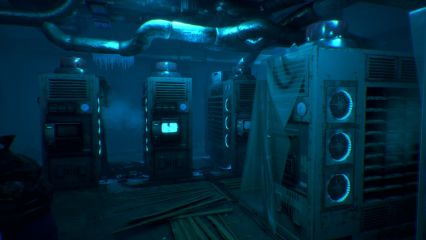 One of Rutger Hauer's last works fittingly ended up being a cyberpunkesque video game, Observer, a game that no doubt was heavily influenced by Blade Runner, Hauer's best-known work. Hauer's protagonist, Daniel Lazarski, is a special, augmented police officer in a dystopian, post-conflict Krakow (that's in Poland, the "Fifth Republic" of it to be exact). Almost the entire game takes place within a single rain-soaked apartment building, where Lazarski is sent to investigatea brutal homicide involving his son.

You spend a lot of time talking to people in Observer, but this interaction almost never takes place face to face; in fact, a janitor you meet early on and his robot aide are the only two entities you interact with directly. The rest of the tenants are a colorful bunch to say the least, confined to their tiny apartments in fear of authorities and the nanophage, a disease that's killed who knows how many. While conducting your investigation you'll get an occasional glimpse of the bigger city towering above you, further adding to a sense of isolation and insignificance. There's a lot of talking, but Hauer's good voice acting makes it worth your while. Lazarski tries to sound diplomatic and understanding, even kind, but you can sense his frustration and cynicism, a result of misfortune and him having to deal with all kinds of degenerates (both above and below him, no doubt) every day in his line of work. There's no combat in the game; some might pejoratively call it a walking simulator. When you're not interacting with people, you're probably investigating. Lazarski uses his bio and electro visions to go through every bit of information he can extract from a crime scene. It's all good fun, although it can get slightly disorienting when you're desperately trying to find bits to interact with. There's also plenty of interesting lore that can be unearthed so long as you're willing to explore, not to mention an awesomely entertaining minigame that gets harder the further you get in the game. I also really loved how you could open doors incrementally by holding and moving the mouse; can we have this feature in every game from now on, please? 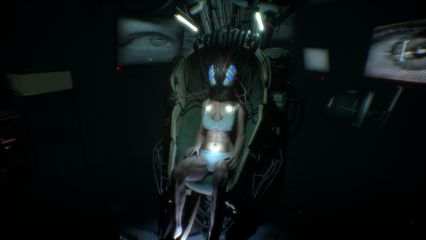 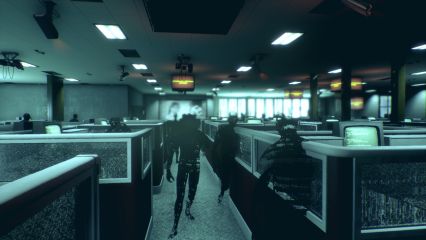 There's just one "little" snag. Pretty early on you're introduced to a feature that turns into a real burden toward the end of the game. Using your augmented abilities, you link up with a crime victim's memories via some chip located in the victim's head. What you're then served feels like something straight out of a Duke3D horror map, a rollercoaster ride of various visual tricks and predictable jumpscares. At first it's not too bad, a bit pretentious and predictable maybe, but still a welcome change of pace after all the incessant door-knocking. But as the game progresses, the gameplay increasingly becomes about these dream sequences to the point that you soon won't be able to tell whether you're still dreaming or not. With the exception of a few scenes where you're being chased by a dumb monster (think of SOMA), these segments involve very little gameplay aside from walking in a straight path while the game throws crazy visuals at you. After a solid and promising sci-fi/cyberpunk start, the "horror" genre takes over, except it's not really even remotely scary with its loud noises and predictable jump scares, just plain disappointing. There's just something about realizing one of these sequences is about to begin and that you'll be stuck in it for what could be up to 20-30 minutes.

Conclusion: How do you rate a game that's good for the first five hours or so, but then takes a nosedive and ultimately leaves you with a bad aftertaste? The game is at its best when you get to explore and soak up the atmosphere of your surroundings. Even the story remains somewhat interesting all the way to the end. But the gameplay itself degenerates into a fest of predictable scares and tricks, and you find yourself trying to get through the dream sequences as fast as you can, not because there's a monster chasing you but because you're about to die from boredom. Still, Observer remains a memorable experience and I don't regret playing it one bit. 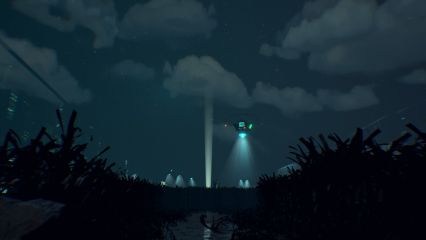 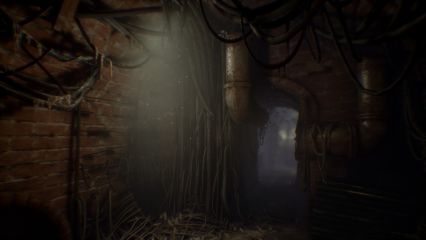