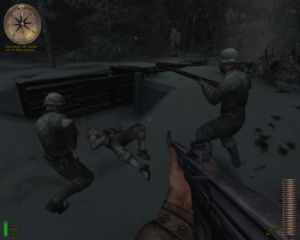 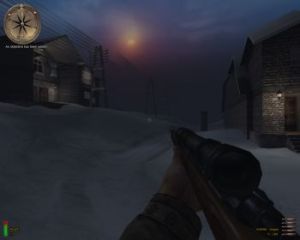 Spearhead and Breakthrough are among the games (or, rather, mission packs in this case) I always wanted but couldn't afford back in the days when I was just a kid. Neither Steam nor Origin was selling them but luckily I found Medal of Honor: War Chest (includes Allied Assault & both mission packs) on GoG.com for just 4€.

Spearhead, consisting of nine maps spread over three episodes, begins with airborne operations in Normandy a few hours prior to the amphibious landings. The actual drop - seeking to recreate a similar scene from Band of Brothers - is pretty impressive especially for such an old game. After this it's business as usual with you blowing up tanks, artilleries, bridges & such, familiar stuff if you've played Allied Assault or the first Call of Duty. The second episode recreates the Battle of the Bulge, Hitler's last - and doomed to fail* - attempt to prevent American forces from crossing the border through Belgium into the 12-year Reich. Two missions stand out. In the second mission you get to be the gunner of a half track. There are no health pickups so the map quickly degenerates into a frustrating quicksave-quickload routine, learning through trial & error where the enemy appears from so that you get to fire the first shot. This is pre-health regen gameplay at its worst. The second highlight, this time positive, is the third mission where you first must withstand a barrage of German artillery fire and then stave off an attack. This is a pretty fun and varied mission that keeps you on your toes. The third episode consists of two maps dealing with the Battle of Berlin. This episode is a pretty irrelevant mix of tedious sniper hunting and tank battles in narrow corridors. All in all, Spearhead is pretty short, managing to take me only a bit over two hours on normal. 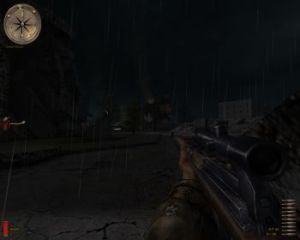 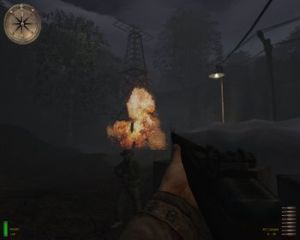 Then we have Breakthrough, whose fate was to be released just one month prior to Call of Duty. Once again you're dealt with three new episodes. In the first episode you fight Nazis in North Africa. It's business as usual but there are a few highlights such as infiltrating an Axis ship although a similar scenario was played out already in Allied Assault. After this you're off to Sicily to fight off Hitler's notoriously incompetent ally, Italy, after which it's time for an assault on the mainland, which by this time had been taken over by the Germans. These missions too are nothing new and in fact reminded me of Allied Assault. There were a few excruciatingly annoying missions, including one where you need to protect POWs as they make their way to a truck. Like in Spearhead's vehicle mission, here too you have to pretty much memorize where your enemies attack from which means a whole lot of saving & loading.

Breakthrough is a bit longer than Spearhead, clocking in at around 3 hours, but a lot of this is due to the expansion being considerably more difficult than Spearhead. This is achieved through a bit lame tactic of being extremely cheap with respect to the distribution of health kits and ammo. Ammo conservation is extremely important unless you want to melee enemies (which, annoyingly enough, cannot be done to interrupt reloading mid-battle). I found the lack of health kits very frustrating as I tend to save even when extremely low on health.

Conclusion: Taken together, these two mission packs reminded me of some of the worst deficiencies of the pre-Modern Warfare WW2-themed first person shooters. Enemy AI is terribly annoying, often consisting of troops just standing there shooting, then strafing after every shot/burst, making them frustrating targets if you're trying to hit them with semi-automatic weapons. Unlike in more recent Call of Duty titles, your fellow soldiers are useless, scripts have not been properly polished, respawns are sometimes rather clumsy and the game's narrative is not really coherent or compelling. There are fleeting moments of glory and awe but as a whole you're probably better off just replaying the Allied Assault campaign than wasting your time and money on these two mission packs.

*At best Germany could have bought some time but that would have been bad since it was in Germany's interest (which Hitler couldn't have cared less about) to simply open up the way to Berlin for the Western allies. Not only would this have saved German civilians from rape and murder but it'd have also ensured that more of Central Europe fell into Western hands rather than being occupied by the Soviet "liberators" for nearly half a century. 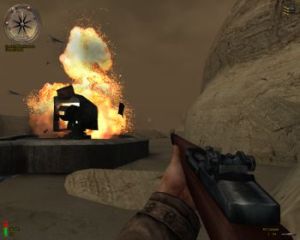 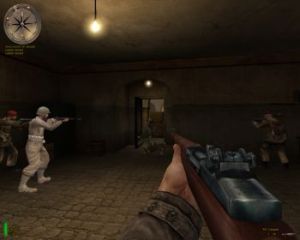