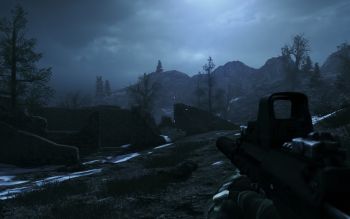 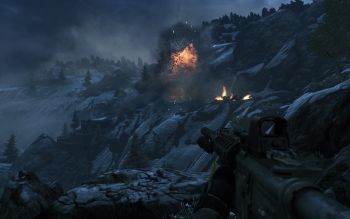 This is EA's attempt to have their own cash cow ŕ la Call of Duty. Terrorists, iron sights, linear levels, emphasis on the multiplayer mode; where have I seen this before?

Refreshingly the single-player campaign of Medal of Honor takes place in modern-day Afghanistan where America's War on Terrorism is still raging. Afghanistan is a beautiful place and, once the first two boring levels are over, you get to experience it in all its mountainous high-altitude beauty. Not surprisingly this is the best part of the game. Another positive aspect worth mentioning is the storyline, which doesn't involve nukes and world wars but small-scale tactical operations against Taleban and AQ positions. There's a bit of good drama between the local forward operating base and some US-based ivory tower general.

Gameplay is pure CoD. There's health regen, iron sights and tons of scripted events. There seemed to be a bit less enemy respawns overall (even though I was playing on hard) but on the other hand there was considerably more hand-holding than before. Every level is filled with obstacles you can't get through until your friends cross them first. Even your movements are constrained; you suddenly lose the ability to run because the game doesn't want you to run even though you can still control your movements (so it's not a cutscene). What next? The game won't let you shoot unless you're pointing at an enemy? (The game actually did prevent me from hitting an enemy a couple of times because it wasn't meant to be even though I had just been doing that a few seconds ago; an invisible barrier appeared between my bullets and the terrorist thug as if by an act of Allah himself) A few times I was asked to provide cover fire or just shoot at incoming enemies but apparently I wasn't allowed to do that from behind the rock I had chosen; I had to travel all the way back to the rock the game had nicely chosen for me. There's simply no such thing as free will in this game, everything happens exactly the way the game wants it to happen. Why can't I disable the idiot mode? Even Modern Warfare 2 treated me better.

But I feel like I'm obliged to mention at least something good besides the graphics and the story. Well, you can go prone which is pretty revolutionary and it actually helps. Second, there are some ok "turret scenes", including a fun (but too long) choppa mission. Generally speaking, Medal of Honor is not as exhausting as some of the recent CoD games. But it sure as hell is as short (and easy); the campaign took me just 4.3 hours. 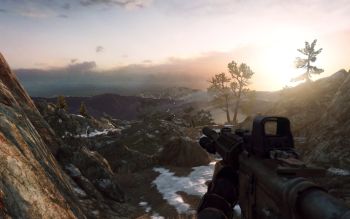 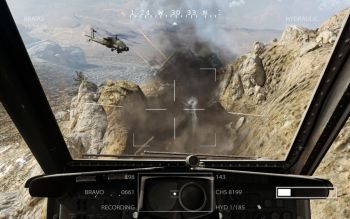 Who buys these games for single-player campaigns anyway? It's the multiplayer mode that sells. Just too bad the multiplayer mode is much, much worse than the single-player campaign. It's just like CoD but with two notable exceptions: everyone camps and there are no notable unlocks or ranks. Multiplayer modes in the CoD franchise rely on fast-paced action; campers usually get killed fast (unless you're playing the noob mode, i.e., the so-called "hardcore" mode where everyone does camp due to increased damage) so you don't really need to worry about them. MoH multiplayer is about finding a good spot and staying there until the end of the round, looking through your iron sight. There's simply no reason to move because no one else moves and because there's no killcam that'd reveal your location. This is even worse in the Combat Mission mode, which should be the most interesting mode with its large maps and numerous objectives. Yes, skill does matter so that the more-skilled team wins, on average, more than the less-skilled team but that doesn't change the fact that almost every death is due to a camper, not a one-on-one close-quarters encounter. (And no, I'm not complaining because I suck. I've been a top-3 player of my team in most games I've played and my stats are pretty good.)

So why play? It'd be nice if there were tons of unlocks but there are only a few weapon unlocks per class (of which there are three and they're not even classes in the actual sense) and no rank insignias at all (I love these in multiplayer shooters even though they're irrelevant) so the incentives to play are close to nonexistent.

Conclusion: The short single-player campaign has some memorable moments and nice visuals but it hates the player and his impulses even more than CoD games do. The multiplayer mode is ruined by camping, a result of high weapon damage, low recoil and poor level design. With no upgrades or ranks to collect, there really is no reason to play it at all, unless you're really into staring through your iron sight. 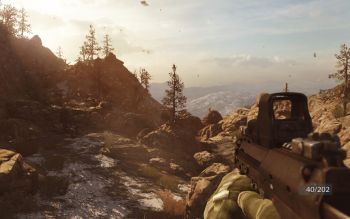 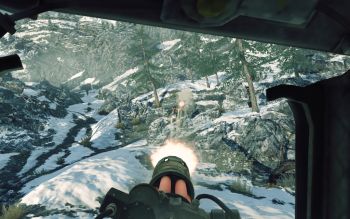 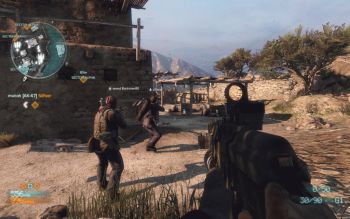 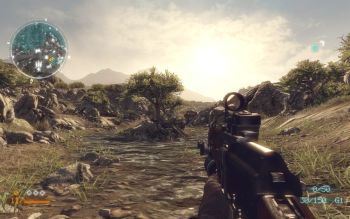