Max Payne 2 is Max Payne but without the elements that managed to ruin the gameplay in the first part. Most significantly the amount of deaths has been decreased by a factor of ten and the bullet time mode is actually useful this time around (for example, reloading mid-combat won't get you killed like it so often did in the first part). You get to enjoy your full arsenal at a much earlier point in the game and there's more variety in terms of locations and gameplay.

Memorable moments include aiding Max from the rooftops as Mona Sax, sniping enemies as they make desperate attempts to approach Max, or working as a bodyguard for a mobster in a "Captain Baseball Bat Boy" suit or visiting a "theme park". In general, action is much better, more balanced and more varied. 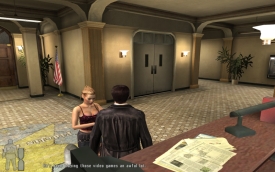 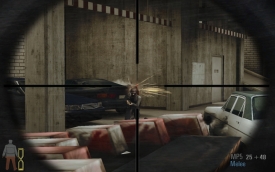 There are also several shortcomings. The storyline is not quite as interesting as in the predecessor. While Max Payne was about a vendetta (the brutal murder of Max's family provided a moral and working backdrop for the bloodpath that followed), the story in Max Payne 2 is less interesting, dealing with love (always a bit hard to take seriously in a computer game) and Max going after some mysterious "Cleaners" and the conspiracy from the first part. Like in the first part, you're treated with several interesting plot twists. There are still too many cutscenes, but at least this time checking someone's answering machine doesn't trigger a comic strip and the game's engine is utilized more often for the purpose of advancing the plot than in the first part.

Conclusion: It's noteworthy how pretty much everything that was wrong with Max Payne from tedious gameplay to uber-lethal flames got fixed somewhere along the way. The game is a tad shorter than its predecessor, five hours to be exact, which I found pretty ideal. 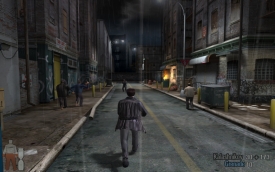 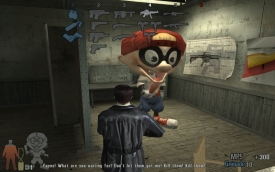