I'm a bit late with Max Payne but I have never been much into 3rd person shooters. But who can resist when Steam is selling a bundle containing both games for $5?

Max Payne is an NYPD detective whose wife and child are murdered by subhuman thugs under the influence of some new drug. As Max begins his personal vendetta against the New York underworld, the storyline goes through a couple of twists and turns, exposing new enemies and introducing allies.

By now, the bullet time feature is old news but it was something new and cool when the game was released almost ten years ago. The problem is that both Max Payne 2 (see below) and F.E.A.R. implemented the feature better which kinda makes the feature feel somewhat dysfynctional and useless. 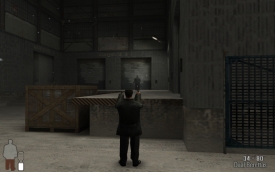 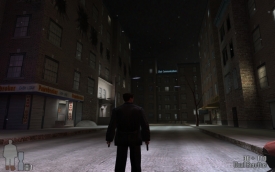 But bullet time is not the problem: the gameplay is. The game is a never-ending stream of quicksaving & loading as you attempt to clear a room for the 10th time without getting killed by some ultra-accurate thug who immediately brings your full health gauge down to nothing. There's never enough health and often it feels as if the enemy is capable of taking in a lot more damage than you are, the opposite of how it feels in more traditional shooters.

The cutscenes are another significant problem. Rather than being done with the game's engine, the cutscenes take the form of comic strips. This works for me, but there are too many of them. Simple things like answering phones and checking TVs/radios trigger strips. It felt like Final Fantasy XIII, except Max Payne is a shooter and I didn't like to be cut off from shooting so often.

Sometimes cutscenes, the kind of that have been made with the game's engine, take you right into action, giving you little time to quicksave (you're probably better off not even trying), choose a proper weapon or get into a defensive position not to mention your health is probably running out. So you end up being dead before even realizing it. Then there are other stupid things such as fire that kills you instantly, no matter how seemingly harmless, dream sequences with stupid jumping and balancing on a narrow trail of blood, grenades that give you little time to find cover and so on.

Conclusion: The game is at its best when you manage to go for a while without dying, enjoying your arsenal to the fullest. The storyline is not bad and there were some memorable moments but the tedious combat just takes all the fun out of it. The game is "only" six hours long, but even that felt like too much. 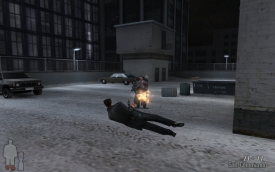 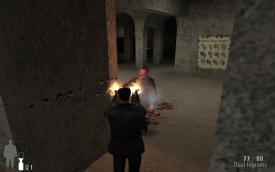