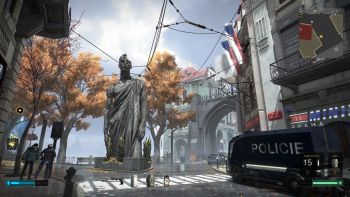 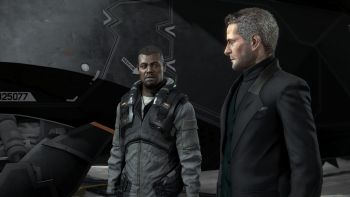 Deus Ex: Human Revolution is among the best games I've ever played, so naturally I was excited to give Mankind Divided a try despite its quite lukewarm reception. Compared to Human Revolution, there are really only two big changes. First is the engine. While some aspects of Human Revolution looked kinda dated already when it was released, Mankind Divided looks cutting edge in every respect, from the detailed human models to its detailed levels. Particularly Prague, the game's hub section, looks spectacular. Also, I experienced none of the stuttering or low framerates that many have reported. Instead, I got a consistently smooth framerate while running the game at high settings with R9 380 and FX-8350. The map loading times were quite considerable though, especially in Prague, and I got a few crashes to desktop.

The second big change is the scope of the story. While HR had an epic tale to tell, MD revolves around an investigation into a terrorist attack, unfortunately not much different from those you can expect to read about every day these days. The themes it touches on are similar to those in HR, but the scope of Adam Jensen's investigation is much narrower. This is not necessarily a bad thing, but it doesn't really suck you in like HR did: The "epicness" of HR is mostly gone, now restricted mostly to some cool visuals and another solid Deus Ex soundtrack.

Side missions have more to offer this time around. In fact, they're pretty vital, providing considerable depth to the game's small world AND essentially doubling the size of the game; without them the game is only about 10 hours long. (In fact, my second, combat-oriented playthrough took me less than five hours, but obviously this included skipping most of the cutscenes.) I also liked the actual gameplay content of the side missions, but too many of them involved travelling from one section of Prague to another. This was a problem not because of the legwork involved but because of the long loading times involved. Prague itself offers many layers to explore, so those who are into that sort of exploration for the sake of exploration can put many more hours into this game. 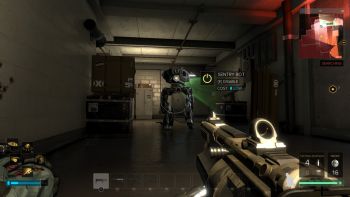 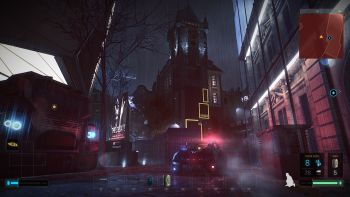 In other respects the game plays pretty much like HR. The conversation system is similar, except while HR had epileptic characters, MD has stiff characters. I also wish the conversations were a bit more hurried. To be sure, these are character and story-driven games, but HR in general had a bit better pacing when it comes to cutscenes. Combat, which was pretty lacklustre already in HR, is still kinda sucky. The cover system in particular seems "clunkier" this time around while it was "snappier" in HR. Shooting mechanics are far from satisfying and I found the absence of toggle aim very irritating. The game somewhat excels in stealth, however. On my "pacifist" playthrough the maps seemed offer a fair amount of routes when combined with the right augmentations and the occasional use of non-lethal weapons. Just be aware that there are certain segments where you could find yourself in trouble if you've got the wrong kind of augs unlocked and still insist on not killing anyone. If you really want to turn the game into a challenge, try avoiding using abilities such as the cloak and remote hacking.

Perhaps the most nagging problem with the game is the sheer amount of glitches it has. It's obvious the game was rushed out of the door, while just a few more months might have been enough to chisel out all the crap. Luckily there's nothing game breaking here, but it's still a constant source of all sorts of small annoyances. For example, the menu screen gets stuck from time to time as does the cover system (these both seem to have something to do with the Steam overlay), and the inventory screen suffers from oddities such as having to click an item to find out what it is. Then there were the crashes that, while not very frequent, were a poor companion to the long loading times.

As a last note, idiots have raged about the game's DLCs and microtransactions, but the story DLCs are clearly separate from the main story, particularly A Criminal Past DLC, which takes place before the main game in a totally different setting. (It's also an excellent DLC with a length of about 4 hours. The Riddick-like prison setting really plays to the game's stealth-related strengths.) The microtransactions themselves are completely irrelevant to the experience, as the game provides more than enough stuff from credits (you rarely have to buy anything from vendors anyway) to Praxis Kits. In fact, without all the nerd-rage about this non-issue, I probably wouldn't even have known the game offered any microtransactions. There's also a bonus "Breach" game mode consisting of various virtual reality scenarios. It's okay as a gimmick with some loose ties to the game's story, but don't expect anything special. 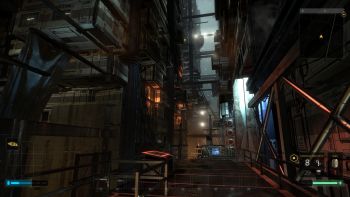 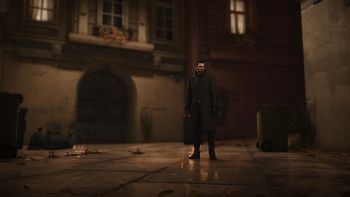 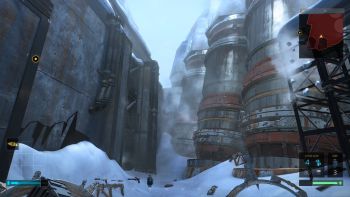 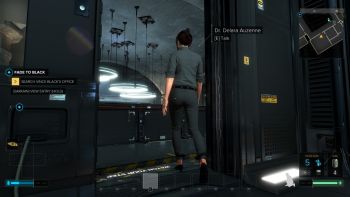