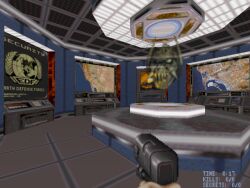 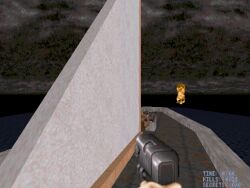 'The Lost Duke' is a four-episode pack which tells a tale of Duke Nukem before the events of Duke Nukem 3D. Each episode starts with a short briefing level and each episode has a different theme. The first one is a mountain fortress, the second one is an island, the third one is space-themed and the last one takes place in a virtual/bizarre reality.
The levels are relatively easy. Most of them are medium-sized. The design is mostly below average with lots of empty rooms, poor trimwork etc. But the levels are interesting, fun and bug free. They never get frustrating. The soundtrack is fully made by the author of this pack and it's a good one.
Not much is new. There are some minor changes such as Pig Cops with RPGs and Enforcers with Freeze Throwers.

'The Lost Duke' is definitely worth getting. I rarely recommend stuff that has below-average design but this time I do. The levels are worth seeing and experiencing and the soundtrack worth hearing.

Installation is easy - just unzip to your Duke3D Atomic directory. There's no need to overwrite anything except the demos. The levels are nicely in a grp and a 'bat' file launches the lost episodes. 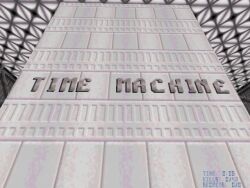 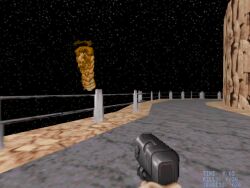