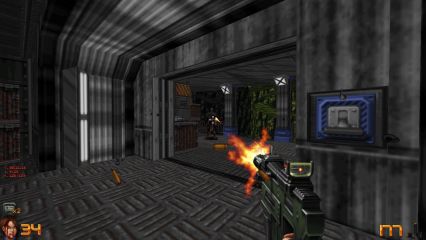 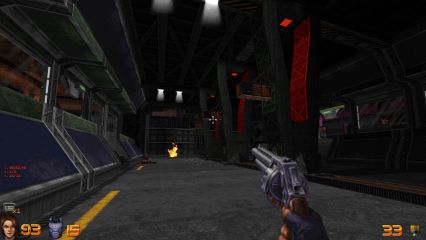 Note: This two-map "preview campaign" is essentially a demo of the upcoming Ion Maiden game. You can buy the campaign for about $20: this Early Access price gives you access to the full game once it's released.

"Bombshell" is a female character that appeared in some early preview material for Duke Nukem Forever, including the 1998 E3 trailer. Originally intended as a sidekick for Duke Nukem, she was dropped out of the game at some point during development (along with pretty much everything else that people were looking forward to seeing in DNF). She got a second chance a few years ago when Interceptor Entertainment (known for their buggy RotT remake) released Bombshell, a top-down shooter that failed both commercially and critically. However, that project was also the genesis of Ion Maiden, an EDuke32-powered commercial first-person shooter developed by some key figures from the Duke3D community. Its protagonist is none other than Shelly "Bombshell" Harrison.

Ion Maiden's presentation is great from the getgo; the moment you step out of the first elevator you know it's gonna be a wild ride. The game's soundtrack is both retro and frenetic (more relaxed in the second map), perfectly accommodating the unfolding carnage. The protagonist has a few good oneliners, delivered in a confident monotone reminiscent of the best '80s male action stars. The game's new textures and palette give it a glossy and fresh look, at least from the perspective of someone who's been playing Duke3D for the past 22 years. Level design is not only pleasing to the eye but instantly familiar to anyone who's been playing Duke3D usermaps lately: despite all the modern bells and whistles (including a 3D skybox and some primitive physics), the layouts are solidly grounded in '90s design principles. Those yearning for exploration should appreciate the astounding amount of secrets the two maps hold; I could barely find one-quarter of them in 40 minutes of playing. The only design-related downside is the game's rather poor framerate. EDuke32 has always had optimization issues, especially on AMD hardware, but it's rather ridiculous that both Battlefield 1 and Rainbow Six Siege manage to beat Ion Maiden in terms of performance.

But what really gets you hooked is the action; Ion Maiden is simply fun to play. While there are only four weapons in the "preview campaign", they're all fun to use, particularly the heat-seeking grenades. The revolver, your first weapon, is extremely useful if you turn autoaim off, to the degree that it makes the whole game a cakewalk even on the hardest difficulty setting as pretty much everything goes down in just 2-3 shots. The enemy selection is a bit weak and lacks diversity, but you cannot expect too much from a two-map campaign. The hud could also have more information on the weapons you currently have and the amount of bullets left in a magazine.
These are minor complaints, however. The biggest issue at the moment is the complete lack of any story elements. No one is asking for long cutscenes or "conversation wheels", but even Doom and Duke3D had some story elements to give the player a rough idea of what's going on. But surely this is something that'll be fixed for the full version once it's released.

Conclusion: Few games manage to suck you in as quickly as Ion Maiden does. The preview campaign, while short, is a very promising start to what could be one of the highlights of 2018. If the team really manages to deliver 5-8 more hours of this, the current asking price is a bargain. 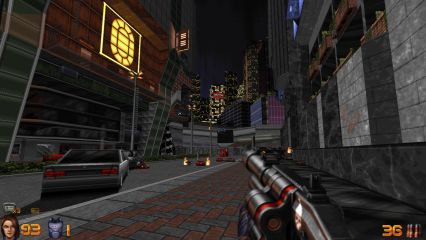 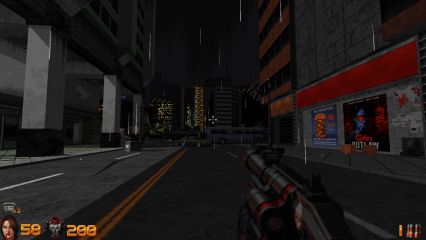