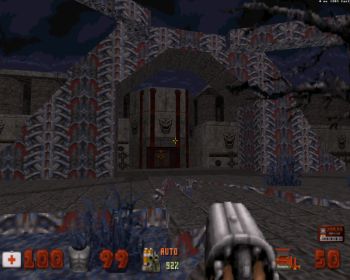 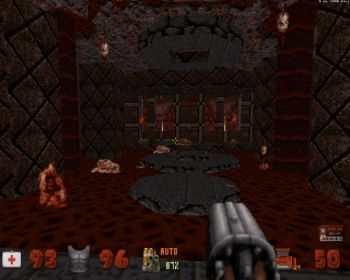 This is the second episode of Haunted Nukem; the first episode was released about two years ago (on Halloween). You can get a good idea of what's in the mod by checking out the review for the first episode. In summary: Duke is having "bad" dreams about fighting aliens in hellish environments. There's the pistol from Duke64 and the shotgun & machinegun from Blood. By turning autoaim off, you can score headshots, but then you have to put up with the game's annoying built-in bullet spread.

The maps are quite short this time around: none should take you more than 5 minutes. Duke64Nukem contributed two maps while st1llwanted contributed three. Those by Duke64Nukem (known for his Turok-themed maps) are tighter while st1llwanted relies more on huge caverns (reminiscent of his South of Heaven). There's a fair amount of attention to details and all-around good use of the Hell theme (including sounds and music), but lighting can be a bit bland at times, which is a shame for these maps that tend to be pretty dark (and thus filled with opportunities to play with contrasts). Action is satisfying with the modified weapons, but the stock aliens don't make a lot of sense in the mod's hellish environments.

Conclusion: The second episode relies pretty much on the same bag of tricks as the first one. The maps are similar and the action fun, but the maps are pretty short, which is slightly surprising considering the long development time (the episode originally aimed for a Halloween 2016 release). 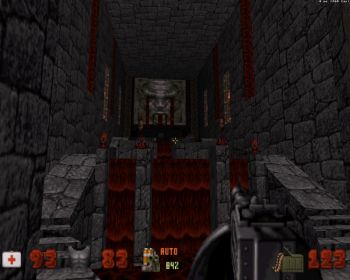 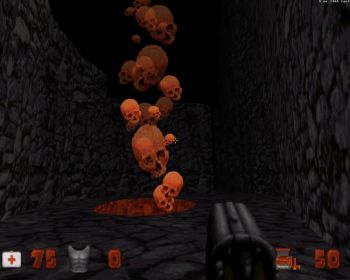