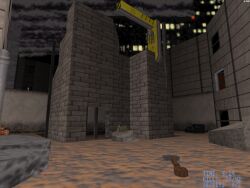 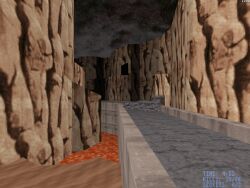 A seven-map (there are some dukematch levels too but who cares, right?) mod with some new stuff.

The pack starts off from a city and then progresses toward more hi-tech/space environments. Actually, after the first three levels the quality seems to drop a bit but that may be just because the later space maps are quite generic and uninspired. Not that they're bad - they're not. They play quite well and have average design but are just plain basic. The first two levels have a feat neat ideas, although not new ones, such as a construction yard (nothing like the one in Welcome Home though) and a furniture store (looks like a warehouse with, eh, boxes). The problem with space maps (and not just in this pack) is that unless you're able to provide some kick-ass details they tend to end up looking pretty uninspired and varietyless. The maps here also lack a distinguishing theme, something that'd make you remember them years from now.

There are two new weapons (a useful flamethrower & a completely useless replacement for the Expander) and some "new" enemies, in other words, modified old enemies. Not much else is new. There is a background story but it's not relevant while playing (but I did like the fact that the levels are quite well connected instead of just being separate maps).

After the first three levels the going gets pretty boring. However, the level design remains around average quality and the levels are pretty easy to navigate. You won't find many tough fights. A short & relatively fun ride. 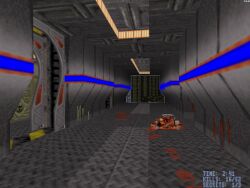 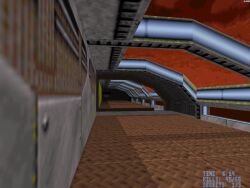