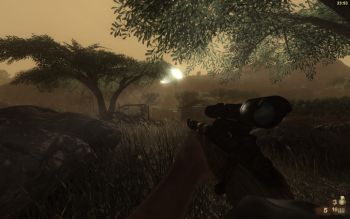 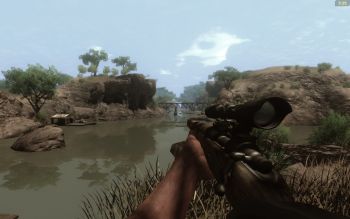 If linearity bores you and you want freedom of action then Far Cry 2 is your game. The game is a break from all the linearity that plagues first person shooters these days. But it also means that, if you get tired of it, there's no quick way to finish the game. So, approach Far Cry 2 as a repetitive sandbox game and you'll do fine.

The setting is rather unusual. Africa has hardly been used in first person shooters. Far Cry 2 does it well. The place looks amazing. And this Africa is the heart of Africa. There's no sign of civilization except for some rusty train tracks built by the Herrenvolk and left to ruin once the natives were left on their own. The only signs of high technology are your cellphone and GPS system. Everything else looks worn down and fucked. This is the heart of darkness. 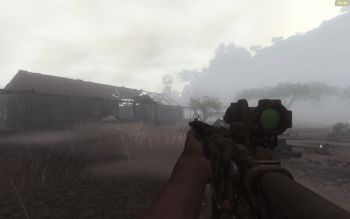 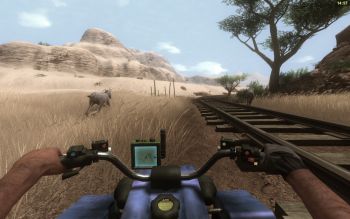 Graphically Far Cry 2 is the most impressive game I have played, surpassing S.T.A.L.K.E.R. Like STALKER, Far Cry 2 too has a dynamic day-night cycle and weather system. One of the best parts, if not the best part, of the game is driving toward a destination in your car while watching the sun set/rise. Or suddenly have the entire area taken over by rain. (Too bad there doesn't seem to be a real thunderstorm effect.) The day-night cycle also affects enemy behavior so it may be of use to plan your actions according to the time of day. Enemies are less alert at night, for example. (The night itself is not as moody as in STALKER; there's no total darkness.) The nature is also alive in the sense that the gameplay area is inhabited by several animal species. However, I found this a bit lacking; where were all the stray cats and dogs? Where are all the carnivores?

The game also has a bunch of enjoyable, well-acted characters, nearly all of them bad guys (Africa being full of them). You're a mercenary for hire and the people you have to deal with tend to be self-righteous warlords, real sons of bitches even though they themselves are convinced that they're doing the right thing by, for example, destroying water supplies. Your job consists of killing people, going after malaria drugs, blowing up green houses etc. Nasty stuff, but this Africa, in all its bleak hopelessness, is no place for good deeds. There are times when you get to make moral choices. Once I had to choose between saving my friends (who had been assisting me up to that point) or saving a bunch of civilians I had never met. I chose the civilians. Too bad situations such as these are rare. Near the end of the game you start taking down the warlords, with one faction hiring you to take down another, but at the end of the day you end up killing them all so it makes no difference.

So far so good. It's the gameplay that either makes or breaks the game. It's awfully repetitive. There are four types of missions: missions given by factions (these are the "main missions" that "advance" the storyline), missions by anonymous contacts ("radio tower" missions, assassinations all of them as far as I know), buddy missions (usually useless extensions of faction missions) and gun dealer missions that involve you chasing moving targets (trucks) but reward you with better guns. Either way you'll be driving around the area a lot, sometimes huge distances, gunning down checkpoints and trying to get rid of pursuers. Cars are pretty much everywhere so you don't have to walk a lot if you don't want to but they're shot broken constantly which means you have to step out of your car and use your universal monkey wrench to fix it. (There are boats too; keep this in mind and they may save you trouble.) Doesn't sound too bad but it is. Once, while on a mission, I had to pass a certain checkpoint three times and every freaking time every bad guy there that I had just killed had respawned. (Yes, you can get around every checkpoint because the gameplay area is huge but you'll simply run into another checkpoint.) Luckily it's quite easy to navigate toward your objective as your GPS guides you all the way through. 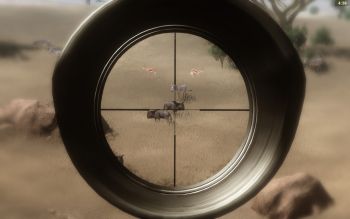 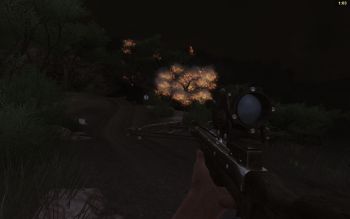 The gameplay area consists of two large "maps". I was getting very tired of the game, of the same freaking jungle, but then, luckily, the map unexpectedly changed and suddendly there were brand new areas to explore. It was at this point that I decided to skip everything but the main missions, unless gun dealers had some interesting offers. This is because weapons are actually pretty fun in this game and there are tons of them. You get to carry three plus a machete. It's nice to change your arsenal after a while, find new ways to lay destruction on this shithole that's Africa. So, you get to play with the place as if it's your personal playground, like a true representative of the Herrenvolk. See an enemy outpost far away? Fire an explosive bolt with your crossbow and see how fire (also dynamic and very cool) engulfs the outpost. The maps also have diamonds (currency) that can be found with your GPS. Of about 240 diamonds I found a third, and this without really searching for them (I went off road to search for them only when the GPS indicated they were close). There are also different ways to approach targets. You can try to be stealthy and kill your target without making much noise or you can just forget about stealth and go for utter destruction (which exists in this game only momentarily as everything has a bad habit of respawning).

Conclusion: I'm not at all surprised that some people have found this game extremely boring. To a large degree it is. Many have complained about having to spend most of their play time driving around. This didn't really bother me for as long as I was allowed to just drive around, minding my own business. But it was those repetitive combat situations and having to fix your car every damn second that really started to hit my nerve. Still, like with STALKER, the graphics make it bearable and, unlike in STALKER, combat itself is not bad. The game's really cool moments have nothing to do with the storyline or any scripted event. The cool moments are products of the game's dynamic environment, of watching the sun go down, observing animals on a savannah and such "little things". Still, if you wish to actually complete the game (which took me 15 hours or 8 in-game days) there's no way around all the repetition. 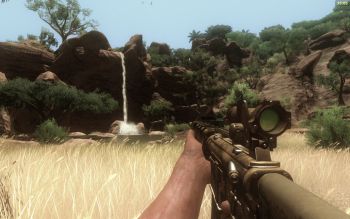 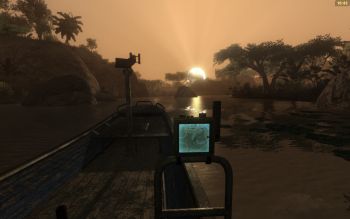 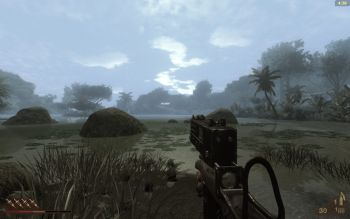 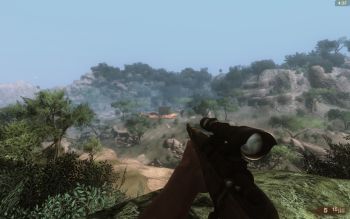 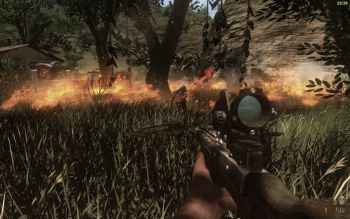 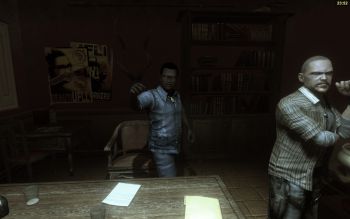 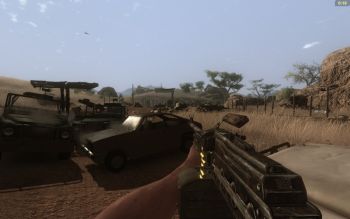 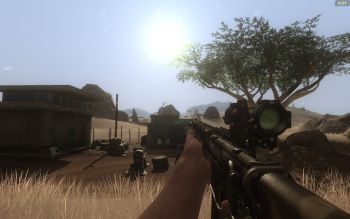