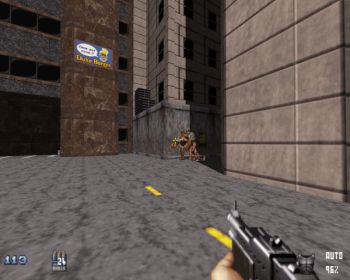 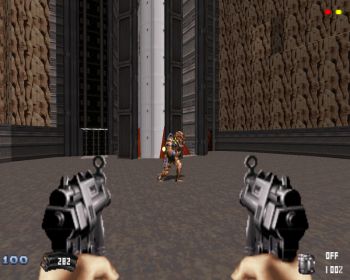 Console Duke Nukem titles have remained more or less elusive to me. The Plug 'N' Pray episode of the PSX version was pretty much the only thing I really cared about but I never could get past the first map. From what I remember, Duke Nukem 64 for Nintendo 64 was a well-received game. The Duke 64 mod team has put together a mod that seeks to recreate that Nintendo version as accurately as possible for EDuke32. Having never played the original, I cannot make comparisons but the overall impression is that the team has gone to great lengths to ensure Duke 64 is faithful to the original.

It should be mentioned right from the start that I didn't go through every map, having played the Megaton edition only a few months before: going through all the episodes once again would have been an irritating experience. In any case, it's easy to select the maps you wish to play. The joy is to discover what has changed. Several maps have significant changes, many related to the perceived obscenity of the PC version, which in puritanical America (where young boys' penises are unnecessarily and violently mutilated to prevent masturbation) refers to nudity, not extreme violence. For example, the club in E1L2 has been removed & replaced with a Duke Burger due to Nintendo's family-friendly image. Killing ladies is no longer possible; now you can save them, a change I don't mind. Obscene boobs have been censored and, in a "subtle" inclusion of some social commentary, replaced with ladies who've been cut in half.

The most pleasant changes are related to map architecture. Several maps have minor but noticeable changes such as new rooms (Duke Burger, Hollywood Holocaust) or more significant changes such new areas (an awesome LAPD station in Freeway, a new street area in Movie Set) or large new segments (Rapid Transit). Sometimes changes are for the worse: Dark Side (E2L8) has been butchered and Duke3D's parallaxed skies seem to be beyond N64's technical capabilities. A more comprehensive list of changes is available here. There are new end-of-episode animations (and a new intro that ties Duke3D with Duke Nukem 2) and it is now possible to play all the maps sequentially as one mega episode (with the exception of The Birth, of which only two maps have made it in). Interestingly, boss arenas now appear as separate maps.

And then there are other changes such as slightly altered monster graphics and completely remade weapon graphics. The new weapons are a nice surprise and some of them behave differently as well, including a Quake-like grenade launcher and my favorite, explosive shells for the shotgun. There are many new oneliners as well, but you probably have heard them in some Duke3D mod by now. Apparently the original game doesn't have any music apart from the menu track so you might want to turn music off.

Conclusion: By the looks of it, Duke 64 mod is a job well done. It's a win-win whether you played the console version back in the day or not: the ones that did can now go through it again, reliving the experience, and the ones that didn't can now finally do so. A score won't be assigned given that this is "merely" a recreation, even if a very meticulous one. 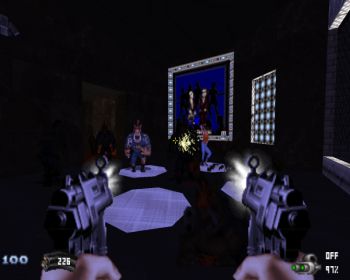 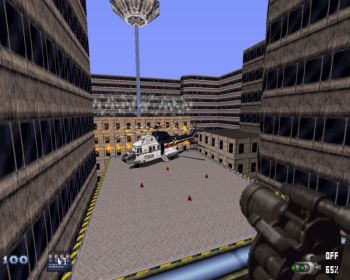