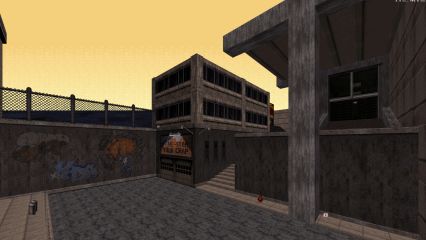 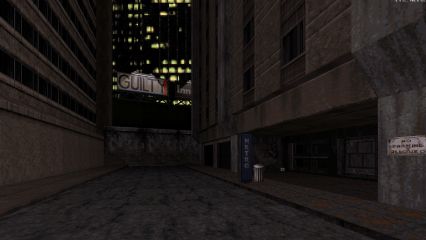 This vanilla-themed episode appeared out of nowhere, with its Brazilian author having created the whole thing in a genuine MS-DOS environment on an old Pentium toaster. Downtown Journey, replacing Lunar Apocalypse, features eight new maps. There are no extra features beyond these; even the midi order is straight from the second episode (including the horrendous Space Storm/Incubator track). The episode features a wide variety of urban locations, all connected to one another in a cohesive manner. From the get-go it's clear the author knows the basics of good design; lighting is good throughout, there's ample spritework where it's required, and texturing owes a lot to the originals but with a lot of nifty experimentation thrown in. This is impressive considering Downtown Journey is, to my knowledge, the author's first published work. There are several highlights, including a bus station (how many of these you recall seeing in a Duke3D map?) and the author's detailed take on a pre-pandemic office space. In a further nod to the original episodes, the maps in Downtown Journey are quite interconnected, and I particularly liked the repeated use of being able to see both into the next and previous maps, a feature familiar from the original episodes (and one of those things that set Duke3D apart from its competitors back in the day).

However, the episode's biggest drawback makes itself known almost immediately: as soon as you get indoors, the going gets extremely claustrophobic due to how cramped your surroundings are. Doors get in your way (and these always seem to open in the wrong direction) and you're constantly bumping into things and forced to fight in tight spaces with little room to maneuver. The third map, a subway ride, suffers from this the most, as everything from seats to poles gets in your way and it becomes a pain to run from one end of the train to another (even more so because this seemingly simple map has a few head-scratchers). This affects combat as well; while the episode's item/monster balance is good (and finding secrets is often really helpful), a lot of the challenge is due to the environment and being wary of using weapons like the RPG in close quarters. At least the author had the sense to not put Sentry Drones in any of the maps.. In contrast the author is much better with open areas, but, with the exception of the second map (the bus station), these are often something you merely pass through.
There are several other issues as well, although none as pressing as the crampedness. Essential paths and items are often hidden behind secrets. While there's nothing too difficult here, putting such things behind secrets feels like it's breaking the rules. The fourth map, a hotel, makes good use of the game's vertical axis (like LA Rumble, one of my favorites from the original), but you could easily run out of jetpack fuel here, forcing a restart. The sixth and seventh maps are too dark. While the sixth map, a haunted house, seemed to have a good reason for all its darkness, the seventh, a mall, was clearly held back by its low and bland lighting when it could've looked a lot better with better visibility and use of contrasts.

Conclusion: Despite its issues, Downtown Journey was a positive surprise from a previously unknown author. It's got that classic feeling you look for in a city-themed release, and rather than merely being a rehash of old ideas, the episode represents the author's own take on the vanilla genre filled with fresh ideas. Still, the episode never manages to grow out of its nagging issue with crampedness. 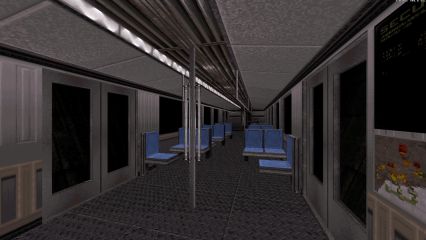 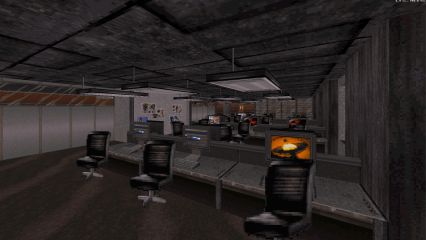