The Conundrum by Alex Pistol 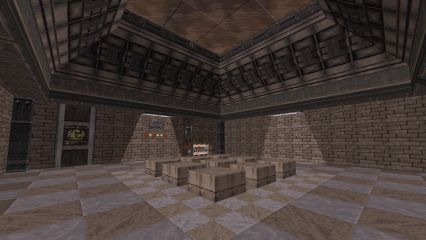 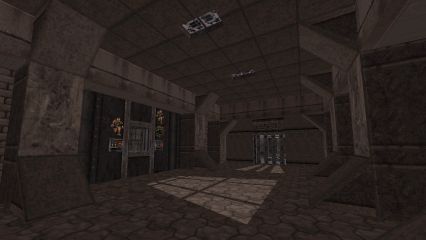 This is an ingenious collection of six maps that are all about puzzles. With regards to size, each map is small with only a few puzzles to solve, but time-wise you could end up spending hours, or the rest of your life, trying to figure out what to do. Design is mostly functional; any eye-candy is merely incidental, as there's nothing there meant to distract you from your objective. That being said, the maps are architecturally very pleasing with good use of textures, shadows and shapes. Particularly doors seem to have gotten special attention from the author, which might feel like an odd thing to focus on, but I can see the logic of fancy doors in a map where getting past one is a cause for celebration. There are no new textures or anything, but the soundtrack is from Duke Nukem 2; and trust me, it fits surprisingly well.

Now, when you fire up The Conundrum, make sure you pick the correct difficulty level, as your experience will be heavily influenced by it. I played on medium, which gives you a few hints (which often aren't really that clear until after the fact, if even then) and makes a few mechanically annoying puzzles a bit more humane. On easy there's a text-based walkthrough for every puzzle at the start of a map; obviously this removes the hurdle of having to figure things out by yourself, so pick this only if you wish to avoid having to do any thinking. On hard you get no hints whatsoever; I'd recommend against playing on hard unless you're well aware of the engine's idiosyncracies; many puzzles depend heavily on you knowing of some highly obscure mechanic, and there were a few even I wasn't aware of. (For example, I didn't know that being shrunk protects babes from explosions; regular enemies always would get gibbed the moment they unshrunk if they had sustained lethal damage from explosions while shrunk.) Moreover, on hard there's at least one puzzle in the third map that can be extremely frustrating to get through even once you know exactly what you're expected to do.

Many of the puzzles are built on trial & error, and due to the "clunky" nature of many of the underlying mechanics you're often pushed into a situation where you have no choice but to kill yourself; not a very elegant solution, and you'd think Duke's ego is a bit too pronounced to ever contemplate a suicide, but there you have it. (Some puzzle games are built around similar mechanics, but of the ones I've played and can recall only Another World would spawn in an extra enemy as a hint that you should get yourself killed.) I'd recommend to save to a separate slot every time you enter a new area, as it's often not clear when you've fucked something up in a way that'd force you to restart the entire map: The most time I spent on a puzzle was trying to figure out the end of the train sequence in the second map because, due to an unfortunate timing of certain explosions, I simply wasn't made aware that I had in fact failed the immediately preceding sequence. (I had quickly frozen the troopers as I breezed past them, and thus thought I had that part in the bag and that the explosions that later took place were purely due to the tripmines that I couldn't avoid triggering.)

Then there are those puzzles where you know exactly what you're expected to do but performing it mechanically takes quite a bit of effort; this can be much more frustrating than figuring out a mental task. Some puzzles even require that NPCs perform certain actions, a situation where the player has limited control over the variables. But overall there were very few situations where you could pin the blame on plain bad design; the limited visibility of a certain "rocket maze" in the last map and the lack of feedback if you do "bad" in the very first puzzle of the episode spring to mind.

Conclusion: Despite all the trials and tribulations inherent to a puzzle-centric episode such as this, The Conundrum is a highly commendable feat, putting on display not merely the various rather impressive idiosyncracies of the engine but also the author's creativity in having found such clever ways to exploit them. Your emotions will range from frustration to jubilation, and your overall experience might even be overwhelmingly negative, but even then you can't deny the sheer genius behind The Conundrum. 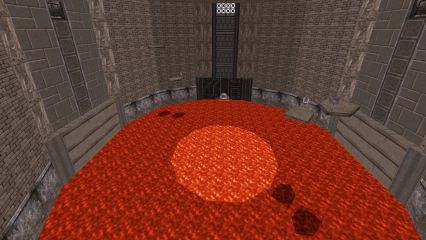 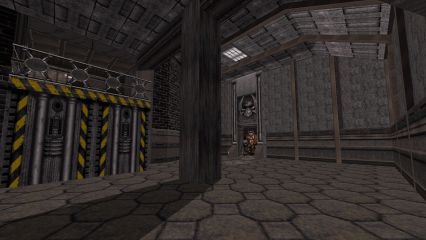