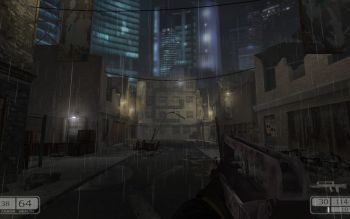 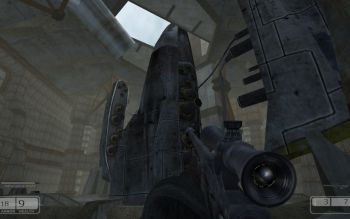 Sometimes you should look to the past in order to appreciate the present. Chaser is a game I did not play when it was first released in 2003, but I remember being somewhat interested in it despite the lackluster, even negative, reception it got. As far as I can tell, the game is about a man whose last name is Chaser. He looks Russian but sounds American. (This was also before voice acting was taken seriously, which shows.) The plot is incoherent, dealing with conspiracies, double agents, betrayals and whatever cliches the developers could come up with. I skipped around half of all the cutscenes (there are tons of them but luckily they tend to take place between maps rather than during them) because the game tended to crash during them, but I can't say I felt like I missed anything worthwhile.

The game has a few things going on for it. It is epic in size, spanning dozens of maps, most of which are pretty big. They also vary a lot thematically: Your journey takes you through orbital stations, big-city slums, arctic environments, spaceports and, finally, Mars. There are lots of interesting, conceptually grand environments, even if they have clearly lost a lot of their gloss over the years. In any case, it is obvious the developers wanted to create an epic. You also quickly get your hands on a huge arsenal of weapons. Granted, these are all typical military rifles, submachineguns and snipers, but then again I was never that big on plasma cannons. While the weapons may seem similar, there's quite a bit of variety in terms of usefulness depending on your engagement distance.

Unfortunately Chaser's gameplay is both dreadfully boring and irritatingly difficult. The game is filled with enemies that can kill you in an instant. There are obvious difficulties when you try to combine "realistic" damage and bullet speed with an otherwise arcade shooter. MoH: Allied Assault solved this with generous health kit drops and low bullet damage. Chaser is more like Rainbow Six (1998 & 1999) but without any of the tactics involved. To compensate for this, they put a bullet time feature in the game, possibly as a last-minute addition when they realized their playtesters were getting slaughtered at every turn. It does help but not against enemies that have been placed so that you'll probably die or lose almost all of your health before you even realize you're being shot at. So, Chaser ends up being one of those games where you quicksave after pretty much every single encounter.

There are a zillion other sources of frustration as well, such as turrets in some of the later maps. Believe me, the notorious turrets in Quake 2: Ground Zero are NOTHING compared to these fuckers. You will die over and over again unless you tread super carefully the whole time. Even when you do learn how to deal with them effectively, taking them out remains an unavoidable chore (and there are several maps filled with basically nothing but these turrets). Another leading cause of death are ladders. There was a point in game development after Quake 2 when ladder mechanics were such that they were often a death trap. Half-Life suffered from this up to a degree, but it wasn't that bad. In this game you die trying to get on them, trying to get off them and trying to climb them. And if the ladders fail to kill you, the developers have made sure that there's someone at your destination who will. Strangely, stuff like explosions, falls and liquids that cause damage provide neither visual nor audial feedback; it's only later that you'll notice that a huge chunk of your health has disappeared.

To add insult to injury, the game has a whole bunch of "where the fuck do I go now?" moments. Sometimes you see a lot of debris blocking a route and determine after a few failed attempts to get through that it's a no-go only to later learn that you're supposed to squeeze your way through anyway. (This is why game developers then came up with key prompts and vaulting.) That's pretty much the extent of puzzles in this game. (Luckily there's an excellent walkthrough available here.) Perhaps the greatest tragedy is that the developers weren't able to come up with anything meaningful to fill all their epic maps with. They're lifeless and extremely repetitive. All your enemies behave more or less the same, and the game is basically just as difficult in the first map as it is in the last because combat mechanics stay exactly the same throughout the game.

Conclusion: The developers were trying to create an epic but instead came up with a series of lifeless maps where you do nothing but engage in savescumming to get through the game's repetitive, tedious combat. The game took me around 10 hours of in-game time to finish (only Unreal is longer of these late 1990s/early 2000s shooters), but it felt a lot longer than that proably because it was spread over a year. It took a lot of strength to play through this game. 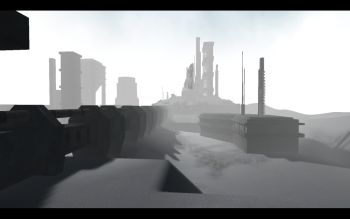 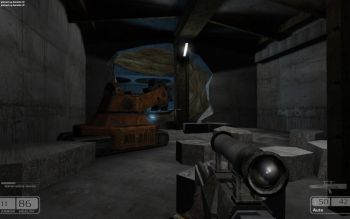