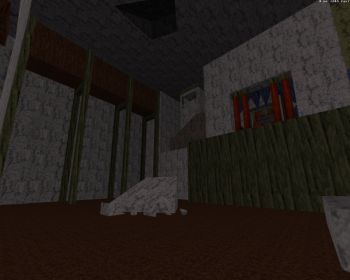 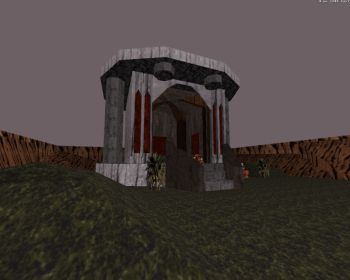 The base game never had them, but medieval maps have been a part of the usermapping scene since the beginning, and they're a testament to the versatility and diversity of Duke3D's stock textures. Castle Quest is a 7-map medieval-themed map pack where Duke's distant ancestor finds himself fighting aliens.

There are four episodes for the just seven maps with the first episode consisting of four maps and the rest being one-map episodes. Only the last one is thematically different from the rest, dealing with a present-day suburban scenario. Refreshingly the maps have distinct themes; the first map takes place in a forest, the second in and around a castle, the third deep undergroud, etc. Design is a bit ambivalent. On the one hand there are details such as medieval swords and decorative stuff that fit the theme but architecturally the maps are quite squarish and the gameplay world feels boxed and confined. Lighting is also so dull that you don't even notice it. Texturing is good for the most part but lacks trimming which could have helped reduce repetition. Gameplay is a bit of a mixed bag as well. On the one hand it's balanced, there's a good selection of monsters and you don't get lost easily but here too the pack felt a bit dull: there's a lot of monotonous button hunting, unfair close-quarters combat setups and a lack of special effects. On top of that, there are plenty of colored monsters with a tedious strength boost caused by recent EDuke32 versions.

Other than that, the pack has a bunch of new midi tracks which I found rather annoying. Being merely a map pack, there are no new guns, monsters or textures. (Not that you'll be missing any.)

Conclusion: Medieval maps are quite rare these days so you probably should give Castle Quest a whirl. It can get quite tedious at times thanks to dull gameplay mechanics and squarish design but the maps are worth seeing, being somewhat distinct with underused themes and not too long (with one exception) for their own good. 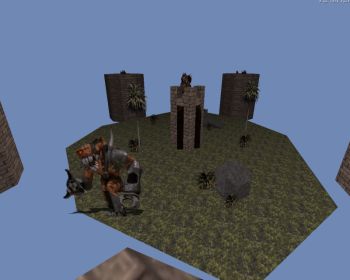 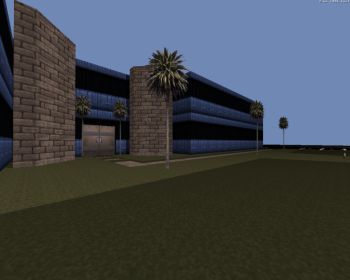