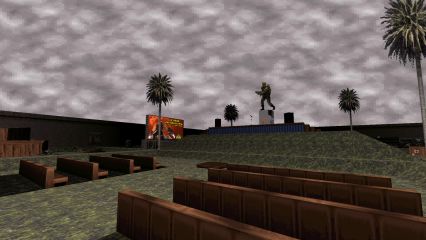 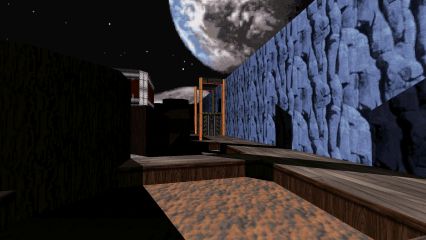 Several aliens in Duke3D were actually semi-terrifying if you happened to experience the game for the first time as a kid. The loud roar of a respawning Battlelord accompanied by the sight of his glowing red eyes in darkness made some maps in Lunar Apocalypse rather off-putting.

In the base game the Battlelord's miniboss variant is the only non-boss "heavy" enemy type and thus many feel compelled to put them in their maps for the sake of challenge. Miniboss variants of the Overlord & Emperor kinda exist, but they have no health and die to the first bullet. This is too bad, as the Battlelord has never been particularly fun to fight against. A pet peeve of mine and a perennial source of frustration are Battlelords in tight surroundings.

So, with that in mind, I'm prejudiced against BattleDuke, a 7-map mod consisting of small maps where you have to fight against considerably buffed Battlelords.

The first two maps serve as an introduction. The first map has a simple square indoor layout but familiarizes you with just how tough these new Battlelords are (their health is now somewhere between the "Pal21" miniboss and the LA Meltdown boss) and how to make the most out of teleporters to quickly get out of harm's way. The second map places you outdoors; this one should remind you that Battlelords, especially a bunch of them together, can hurt you even from a distance. Here you have plenty of space to move around, so you need to take advantage of that to lure the enemy into spots where you can shoot them without exposing yourself to their return fire.

The third one is the first map where I was truly tested, although this was mostly due to the very Battlelord I had saved for last blocking a path essential to progression; this "choice" compelled me to systematically eliminate every Battlelord in the map. Design-wise this is probably the best of the seven; it looks nice with strong shadows (which are rather prominent throughout the mod) and a surprising mix of wooden walkways in a Lunar environment. It has plenty of cover and enough room for the player to move around the area.

I found the fourth map very stingy with weapons and had to avoid the enemies for the most part. There's persistent darkness and the map's layout is such that it's easy to get cornered. (There was only one completely safe spot; being there kinda reminded me of the rare moments of reprieve you get in Alien Isolation.) This is also the first map where you need to input a code to advance. With the enemy constantly homing in on your location, this would be a challenge in itself, but the codes were also made hard to spot, being on dark walls behind Battlelords. Evading the enemy was enough of a challenge; finding and inputting the codes should've been an easier task.

The fifth map is another open area. There's cover, but it's a challenge to move from one cover to another without getting shot in the process. You'll also learn that shooting Battlelords from an elevated angle will likely result in a miss, and that you need to get quite close to the structure at the center to maximize the effectiveness of your arsenal. The supply of Battlelords seemed neverending here and of course the last one just had to be placed in a way to maximize its annoyance (and this is the one you have to deal with, as it refuses to leave its sector).

The sixth map puts on display some of the worst aspects of Battlelord combat. The build-up is rather good with Duke escaping a prison cell, but the layout of the prison is such that the map quickly degenerates into frustrating trial & error. Because of the extremely high damage of the Battlelord's minigun, a simple wrong turn can render you dead or so severely damaged that there's no other option but to load a save. Bosses with slower projectiles and reaction times would provide more opportunities to recover from unfortunate turns. In addition to the rather constrained layout (more shortcuts would've helped; the only ones in the map are filled with lava) there's also poor visibility, lack of cover and health, and a button puzzle to solve (which I solved by savescumming).

The seventh and final map is a boss map. In a way it's a fitting but also very unimaginative way to end the episode.

A few general notes: One thing you should notice early on is that Steroids are not always meant for running from the Battlelords but also to reach places that are necessary to progress in a given map; using them the wrong way will "softlock" the player. There are enough supplies (of course assuming you hit more or less consistently) lying around, but whether you decide to kill every Battlelord is up to you; there are only a few you have to kill, and insisting on doing so means you're gonna have to rely on some weaker weaponry as well, which may get rather tedious considering the new health of the Battlelords. Some may feel compelled to get a perfect kill count, but I usually went for the ending when given the opportunity.

Conclusion: BattleDuke is hard, and no question intentionally so. Battlelords in BattleDuke are much more formidable than the minibosses in the base game. This is called for, for otherwise there'd be no challenge. And even if the "gimmick" remains the same throughout the mod, there's enough variation in the design of the 7 maps to give each map a unique feel. But too many factors make at least half of the maps a rather frustrating experience involving too much trial & error. More cover, more shortcuts (whether paths or teleporters), better visibility and fewer multi-button puzzles to solve while a dozen Battlelords are coming for you could have alleviated the pain considerably without rendering the challenge trivial.
Making a mod with only Battlelords in it is a rather bold move. Preserving its challenge without forcing the player into a frustrating cycle of trial & error is a delicate balancing act where the author has only partially succeeded. 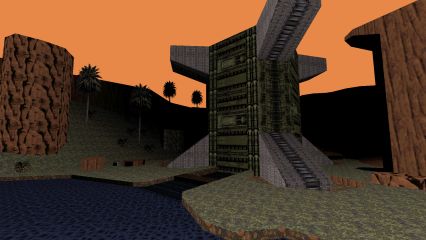 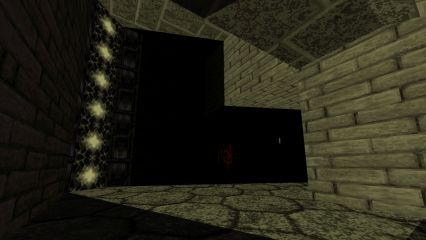