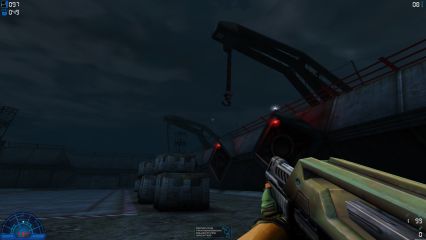 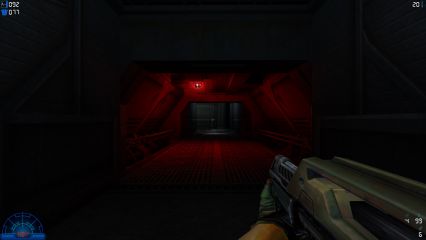 I bought AvP2 as soon as it was released back in the day, but after finishing the solid marine campaign I got stuck in the Predator campaign early on and didn't bother finishing it; this was at a time when my interest in gaming in general was waning for whatever reason. In the years since there have been limited means to obtain the game legally, as it has in all likelihood been wrapped in a legal limbo with various parties owning rights and licenses and there not being enough of a profit motive for anyone to put the game on Steam or any of the other distribution platforms. Anyway, I downloaded the game and its expansion here and consulted this post to set the game up with a proper resolution. Everything worked fine, save for the occasional frame drops and dialog often getting cut off during cutscenes (possibly due to framerate-related timing issues).

The pace is a bit slower than in the still-enjoyable first game (by Rebellion; this sequel is Monolith's work) with its hectic speed, but in other regards AvP2 plays similarly to its predecessor. There are three storylines that intersect but also span hundreds of years. Quite frankly I didn't care much for the story, as it involved the usual franchise cliches with greedy corporations, mad scientists, humans being stupid, aliens killing things and predators being badass. There was some subplot involving an artifact that both predators and aliens seemed to revere, but such "mysticism" has always bored me. Also, cutscenes are used more extensively than in AvP1, another sign of a new era dawning.

The marine campaign is, expectedly, the best (by far, even). Due to most of your enemies being aliens, your weaponry feels powerful, and yet you feel powerless because, while the aliens are easy to kill, you need to be quick to avoid close-quarters engagements with them. You find yourself constantly on the edge of your seat, waiting for the aliens to pop in and sink their jaws into your head. There's a good balance between bits that focus on building tension and bits where action takes precedence. There's even some close-quarters combat against humans fairly reminiscent of the visceral combat of FEAR (which the developers went on to make soon after AvP2). weapons are delightfully effective, particularly the flamethrower that quickly turns aliens into barbeque, but you still need to make your shots count. It surely says something that while the game may be old, you still feel tense upon entering a hive filled with aliens potentially lurking behind every corner.

The Predator campaign suffers from some serious balancing issues. First of all, the melee weapons are worthless; the aliens will spill acid all over you if you let them get close, while trying to close the distance against armed humans is a death sentence. The Disc is slow, ineffective and consumes way too much energy. The speargun is really good, but there are sections where it's the only useful weapon in the game, so you'll quickly run out of ammunition (not to mention the weapon doesn't really feel right for Predator, playing too much like a human weapon). There's also a plasma pistol, but I couldn't figure out any good use for it, mainly because of its potential for self-damage. The only weapon you're ever gonna need is the shoulder cannon, which consumes very little energy and has a ridiculously powerful fire-and-forget targeting system. Use this and you'll be unstoppable against both humans and aliens; only some androids remain a constant threat. The game is a clunky slog until you get the cannon. At first I found the Predator campaign very difficult as well but then realized you can recharge your energy & health at any time you want: you only have to stop for a few seconds. The Predator's vision modes are cool and very useful, just as they were in the first game; there's one mode against humans, one against aliens, and one for general visibility. In fact, the feature is a lot like the "detective mode" in the Arhkam games in that they're so useful that you have little reason not to use them constantly. In contrast, the cloak is a disappointment, being useful maybe once or twice as the maps don't really provide enough opportunities to use it effectively. 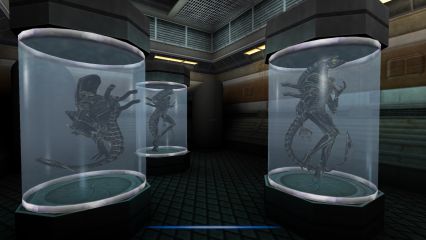 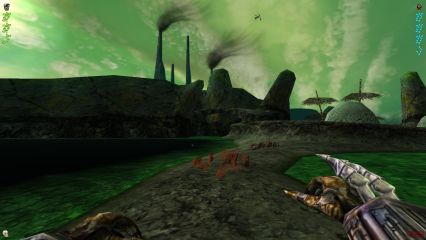 The alien campaign is a mixed bag. On the one hand, it's stealthier than the Predator campaign, but the alien's extreme vulnerability to gunfire turns it into trial and error. Attempts to be stealthy often end in frustration, as humans can spot you from a mile away. Everything kills you in a split second and you need to constantly replenish your health by consuming your prey, which gets a bit tedious. It's been a few years since I played the first AvP (well, not the Jaguar game...), but I could swear the maps in that game provided more room for the alien to move around. The alien can climb walls, which opens up routes the other two characters cannot reach, but obviously this can be disorienting. In general, if you find yourself thinking where to go next, the answer is usually a vent up in the ceiling. What's new in AvP2 is that the alien campaign goes through the entire lifecycle of an alien; you start off as a facehugger, then come out (literally!) as a chestburster until developing into a mature alien (or predalien, as in the mission pack). In practice it's very similar to playing as a fully grown alien, only with the difference that you cannot kill anyone.

As for some general points concerning the game, the maps are well designed with lots of diagonal structures and good use of lighting; the game is dark for obvious reasons, but never to its detriment. Instead, you're meant to make use of your inventory and character-specific abilities to navigate dark areas. A small complaint I have is that there are quite a few panels that you can operate but only if you interact with specific, often unmarked parts, which threw me off a few times.

Then there's the Primal Hunt expansion pack. Unfortunately, it sucks - and this isn't merely a modern perspective; it was a critical failure back in the day as well. The human ("Corporate") campaign is the biggest disappointment. Instead of carefully building up atmosphere and tension, you face a zillion aliens at every turn. The use of respawns is really cheap here. When aliens appear ahead of you, expect several to have spawned right behind you. In several scenes aliens pop in out of thin air right above you. I also had to play the last mission (there are three missions per character in the expansion) twice because the final segment put me in a situation where I had to defend an area against several waves of aliens using a turret and what remained of my inventory, but starting the scene with only 30hp, some pistol ammo and no sentry guns (how was I supposed to know I should have saved them for the very last segment?) rendered the situation hopeless. Once again, the Predator campaign is a slog until you get the shoulder cannon, then its difficulty level turns trivial (save for a few spots involving androids). They give you a laser spitter of sort, but it makes you feel pretty far from being the universe's ultimate hunter. The (pred)alien campaign plays like in the base game, but the final map has some progression-related annoyances, not to mention a highly nauseating screen-shake effect that I have no idea how it was allowed to stay in the game. Oh, and the exact same corridors of Pod 5 that you already went through, what, twice in the main campaign are recycled a few more times here, as if once wasn't enough.

Conclusion: Overall I was somewhat impressed by AvP2, but the game is definitely the very definition of a mixed bag with each character's campaign playing considerably differently, for better or worse. The marine campaign is a tense, fun and memorable experience. In contrast to this, there's no balance when playing as Predator; either you play with subpar weapons and have a bad time, or you rely on the shoulder cannon and remain unstoppable (which has its benefits for sure). The alien campaign could have used a lot more open-ended level design that'd have better accommodated the campaign's stealth and combat mechanics. Monolith's use of the AvP license is good with solid map design and plenty of well-made assets, but the storyline relies too much on cliches, although it'd probably be unreasonable to expect more from a 2001 shooter. The review may sound a bit negative, but I actually looked forward to playing the game every night until it was finished; the same cannot be said of many other games of the era. Just skip Primal Hunt; it's a waste of time. 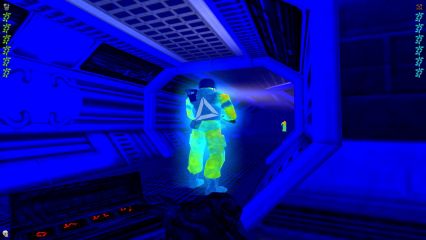 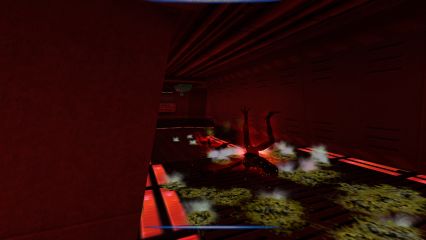 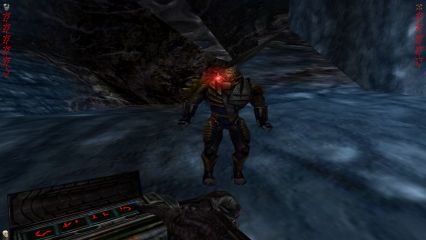 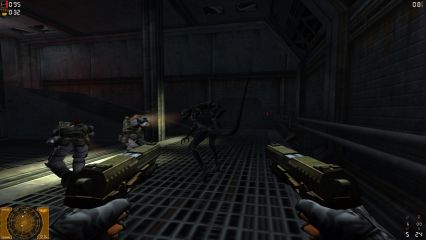