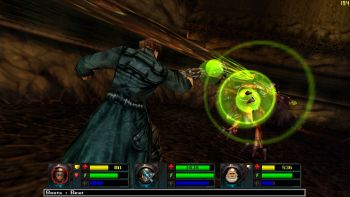 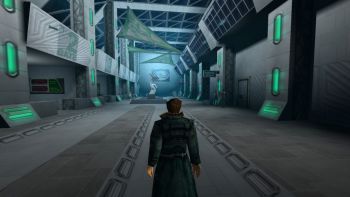 The most immediate mental association of Ion Storm is "Daikatana", followed by "failure", a sticky reputation that overlooks their other two big games: Deus Ex and Anachronox. While Deus Ex went on to spawn a highly successful franchise, Anachronox, a sci-fi adventure game with some superficial RPG elements, is more of a cult classic these days. I was somewhat interested in it when it was released back in 2001 (especially since many reviewers were comparing it to Final Fantasy), but right at that time Counter-Strike had gotten me hooked, pushing single-player games out of fashion for several years, so Anachronox was relegated and remained in the back of my mind all the way until December 2017.

The game's premise is one of those involving an unlikely hero saving the universe. Sylvester "Sly Boots" Bucelli runs a detective agency on Anachronox, a planet left behind by aliens a long time ago. In your typical JRPG fashion, Boots's gang quickly starts to grow in size and comes to involve members such as an inhabited but miniature-size planet, a washed out, alcoholic superhero and Boots's digitized secretary (so that's where Blade Runner 2049 got its digital girlfriend idea from...). Strangely enough, none really feels shoehorned into the game, which really cannot be said of many characters in the PSX era Final Fantasy games. The universe of Anachronox is goofy and wacky; the game is replete with humor, a lot of it well-written. But this is no children's tale; serious issues are at stake, ranging from personal tragedies to galactic threats. Many aspects of the game have been heavily influenced by JRPGs such as the Final Fantasy series. Final Fantasy IX in particular with its similar mix of light-heartedness, tragedy and peculiar cast of characters kept creeping into my head while playing Anachronox. But similarly one can also at least speculate on the infuence Anachronox has had on subsequent games such as Mass Effect, and ultimately the game ends up having its own unique flavor that is not strictly comparable to anything else.

Despite playing the game for the first time in 2017, Anachronox's design kept impressing me. It's got everything from hi-tech science cities and snow-covered Alpine-style villages to massive monasteries and mysterious planets. Despite its often radical shifts in environments, everything just seems to fall into place; in the particular universe of Anachronox, there's consistency in inconsistency. The game's heavily modified Quake 2 engine excels everywhere from narrow tech tunnels to large open areas. Maybe my perception is skewed by the fact that I still consider Sonic the Hedgehog 2 a baseline for whether a game's graphics look dated or advanced, but I just couldn't help myself stopping at every turn to marvel at the game's design and the developers' ingenuity. Moreover, cutscenes in this game are really well made; they're cinematic, not too long for their own sake and ultimately just way ahead of their time. 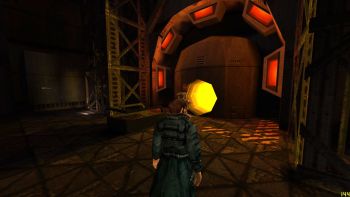 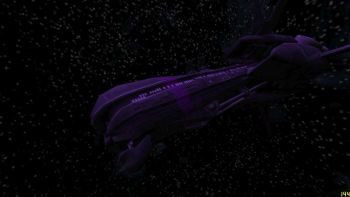 Unfortunately the other half of the game, the gameplay itself, isn't all that glorious. The turn-based battle system is stupendously uneventful and slow; my previous characterization of the FFIX battle system as boring has to be re-evaluated now. At its core it works pretty much like your typical JRPG battle system, only without any sense of urgency or challenge. The first time I was defeated in battle was in the very last boss, a terrible mess of obscure mechanics (which break previously established conventions), poor design (not given a chance to change your gear) and game-breaking glitches (I spent at least two hours watching characters fall off a solid platform, characters getting permanently stuck in the "wrong" position and crashes to desktop). Even the battle music, otherwise good throughout the game, lacks energy, as if acknowledging (and reinforcing) the tedium. At least the game now has a built-in speed-up key that enables you to fast forward past the slow animations.

Exploration and puzzles are a very mixed bag. Every character has his/her/its own special ability with which he/she/it can open up routes, both necessary and optional. The abilities involve solving various minigames which are pretty satisfying and clever in their own way. The acquisition of new abilities encourages you to go back to explore previous sections, even previous planets. Several sections of the game are just thoroughly well designed, such as PAL-18's adventure through an abandoned chemical plant, a segment that includes both satisfying puzzles and a nice little story. I also really enjoyed The Lost Vikings type of problem solving presented in the game's final mission.

But much of the rest involves fetching various items, talking to the right people and just generally bouncing around the gameplay area like a billiard ball. The developers must have played a bit too many point-and-click adventure games, because many puzzles revolve around clicking everything in sight (which often has to be done with the correct character). Often there are items you need to fetch but that don't spawn until you've talked to the right people; only then do they magically appear, forcing you to go back to where you just were. There are quite a lot of sidequests, but they're mostly about talking to some guy on planet X, then spending the next 10 minutes making your way to planet Y to talk to another guy there. For some tasks you need specific characters, but there's no easy way to switch between them; most of the time you need to go fetch them all the way from Sender Station (kinda like the Citadel in Mass Effect). But the game is at its absolute worst (aside from the final boss) when it mixes battle-infested dungeons with tedious puzzles and repetitive, blocky design, such as in the Verilent Hive & Villain Ship.

There are also many things that are poorly explained or not explained at all. The game lacks simple information on weapon and gear stats when you're shopping. The limit/overload attacks lack descriptions (I still have no idea what Stiletto's "Stealth" and "Charm" powers do). And how the hell was I supposed to know that F11 brings out the camera when the settings menu lists only a few keys? I didn't even bother with the Elementor system (it was explained only once and you couldn't even try the system out at that time because you were lacking the ingredients), and it wasn't until late in the game that I realized I could adjust the amount of energy or whatever allocated to shields; they were on a list of nearly 20 other stats, none of which you could interact with. Some pre-rendered images also have this problem, that it's not always clear which bits you can interact with and which bits are merely details. There are also some issues on modern computers, such as slow camera transitions and stuttering while walking, but I found that limiting the framerate by enabling vertical sync solved almost every technical issue, so keep that in mind.

Conclusion: Anachronox is a memorable adventure with a story and cast of characters that suck you right in and won't let go until you've finished the game. That being said, it's not always easy to like this game; often it just makes things hard to enjoy. The battle system is an unmitigated failure, being the exact opposite of engaging and challenging, and too many puzzles rely on a lot of tedious legwork. Some might have difficulties getting past these rather fundamental issues, but in my opinion the good ultimately outweigh the bad aspects of the game. Anachronox is the kind of a game you'll start to appreciate even more over the years as time works its magic to remove any bad memories of being frustrated with the gameplay. In both good and bad, they don't make games like this anymore. 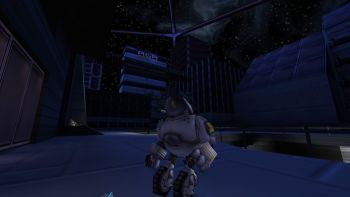 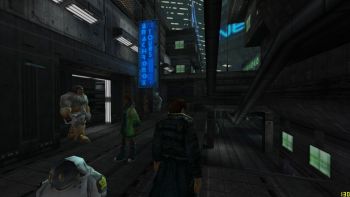 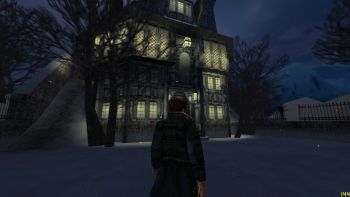 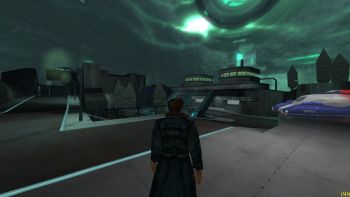