The Review: Water Damage is the author's first release since The Forgotten Anomaly, released 22 years (!) ago. While that map wasn't all that bad, the author has learned quite a few tricks over the years. Water Damage has kind of a weird layout. You have a central street area and plenty of narrow paths (waterways, vents, small apartments, etc.) around it. The center doesn't connect to any other large area directly. While I wouldn't prefer such a layout to become a norm, here it felt at the very least refreshing (but also, somehow, "wrong", as with Duke you get used to things being more interconnected). The buildings also have weird angles, but this isn't really criticism; a bit of convention-breaking never hurt anyone. There seems to be some flooding going on, as waterways are quite frequent throughout the map. Again, not something I'd want to see in every map (does anyone - apart from Bob, that is - love underwater segments?), but here they're a nice change of pace. Design is spotless (apart from some oversized decorative doors); texturing is clean, lighting is always prominent and the place just looks pleasing to the eye.
This is one of those maps where all three keys are needed to unlock a single path, so you have some leeway with respect to progression (including two wholly optional hive areas that are well worth seeing). I got a bit lost at one point because I saved a path I had noticed early on for later, then completely forgot its existence, but that's on me I suppose. The map relies on a moderate number of aliens without feeling like it lacked a challenge. Moreover, navigating the map was fun enough that it didn't need a large number of monsters behind every corner to keep you entertained (even if a few more respawns wouldn't have hurt). Bigger battles involving a Battlelord and a whole bunch of tanks are saved for the final area (a nice looking highway with a water tower) where there's more space to accommodate such battles.

Conclusion: Water Damage is a strong return to mapping after a hiatus of more than 20 years. It's got the classic looks that should instantly appeal to any fan of the game. The map's layout could feel more "natural", as right now the map's distinct locations feel too far apart, but then again not every map has to conform to the same expectations. 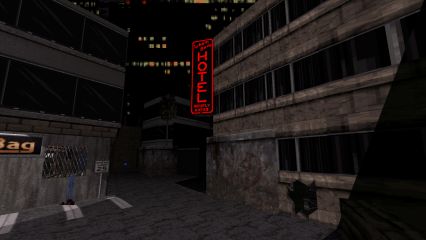 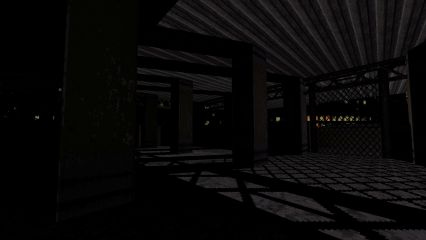