The Review: Bolduc's latest is based on the 1996 movie The Rock - you know, the one and only Bay/Bruckheimer movie that isn't a snoozefest. Duke must collect and dispose of a bunch of microchips (key cards) to foil a terrorist plot to unleash much pain on the citizens of San Francisco - you know, just like in the movie. The "chips" can be collected in any order and disposed of in containers that are available at a few specific locations. This kind of "free roaming" with respect to key cards isn't exactly a novel idea and it always comes with the usual caveat of ending up wandering around in the hope of finding something. Personally I never had to spend a lot of time scratching my head; there always seemed to be routes leading somewhere, and the interconnected layout should ensure that you never have do too much of legwork. Polymer is required thanks to the map's extensive (if not always so obvious) use of the TROR effect. Luckily this didn't seem to take a big toll on the framerate except in a few locations; the vast majority the map is well playable unlike Paul's previous release, Entrapped. Aside from the skilled use of the TROR, the map looks a bit joyless and gloomy with its very conservative use of lighting and liberal use of grey concrete. Some textures also seemed stretched out. The map comes with a music track from the movie that fits pretty well in that it should light a fire under your ass. Monster placement is very good throughout; there were a few good ambushes, and overall the map knows just when to throw enemies at you. An entertaining 20-minute map that could look a bit more exciting. Those who have seen the movie should get an extra kick out of it. 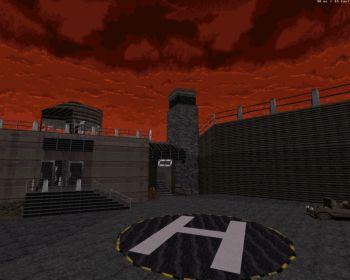 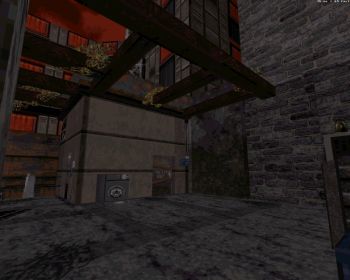