Description: The third 2-hour CBP (i.e., every participant has two hours to build per turn while the number of turns is not limited) carries on with the successful concept established in Suburban Hive.

Into it: The map is a piece of some alien planet/moon, with heavy hostile presence everywhere you go, in large part thanks to Mike Norvak's ogg track which combines musical elements with ambient sounds. But even without the track the map feels "alien" with its red outdoor areas, exotic forests and hi-tech sections that combine organic with metal. The map's visuals only get better as you progress toward the end, as the map moves from relatively narrow areas to more open sections such as alien forests, gardens and gigantic caverns.

Like Suburban Hive, the map remains consistent throughout but this time there's a lot less backtracking which makes it a bit easier to divide the map into sections. Gameplay balance is good with stronger enemies making appearances every once in a while and the linear nature of the map means less repetitive respawns. Protector Drones are heavily present but many of them are dormant, giving you the choice whether to fight or pass. The ending, while a typical boss fight, is satisfactory and gives you a choice between concentrating all your efforts on the boss or taking out his minions first.

Conclusion: The concept of a collaborative 30-minute alien map got recycled with considerable success. "Crimson Moon" is, along with its predecessor, the best Community Build Project so far. 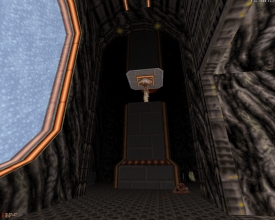 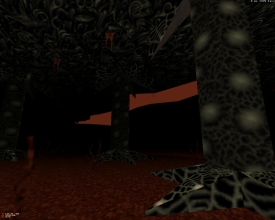