Into It: Despite being marketed as an episode, The Space Mission falls under the "short but sweet" label. High Treason's level design isn't the best there is, with lots of narrow corridors and some strange design choices (such as putting a flat shuttle sprite near the player), but there's sufficient attention to lighting (Treason likes to use many sectors for his shadows) and spritework. Still, the episode's strengths lie elsewhere, namely in a combination of set pieces, good use of music (heavy-metalers might disagree) and new con effects. For example, there's the addition of the space suit, which allows Duke to exit the confines of a space station and walk (a bit too literally) in space. It's not much but it's a cool little addition. Also, interestingly there's a bit of background provided from the point of view of the aliens and some good jokes thrown in too. Moreover, there's a nice constant sense of progression as Duke enters the space station, crashes his escape pod, gets imprisoned and so on. Taken together, The Space Mission keeps things fresh (no doubt helped by the episode's length).

Conclusion: The Space Mission combines mediocre level design with some new tricks and, most of all, interesting gameplay. There are shades of Zykov Eddy's early works as High Treason takes what appear to be typical Duke3D environments and gives them a flavor of refreshing modernity. 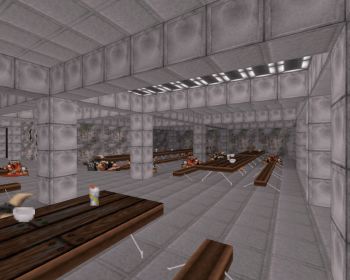 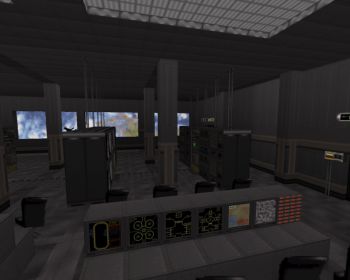