Note: A new version of the map has been released & reviewed here. The download link above points to the old version (reviewed below).

Description: Iggy's "Sewerside" has been under construction for about eighteen months. It's a highly detailed sewer level with the kind of gameplay that should offer a good challenge even for the most battle-hardened Duker.
Note: you HAVE TO read the html readme.

Review: The level takes advantage of several new features such as fog. It's recommended that you use the HRP. However, this means two things. The level looks brilliant, especially with fog, but is awfully laggy and takes a good amount of time to load (three minutes here). Fps counter shows red most of the time. Combine this with the fact that Sewerside is a rather difficult level it may turn out to be a pain in the butt. You can play the level without the HRP but the sd_Duke effects still cause lag (and yes, I'm well aware that lag isn't the right word).

You're given a fair amount of ammo and weapons but only if you don't rush things. Also, it may not be such a bad idea to spare your bullets and run when things get too hairy. Navigating shouldn't be too hard since the level is basically a straight line with one way in, one way out. The ending provides a good, satisfactory feeling.

Conclusion: Looks good and I didn't mind playing a bit tougher level for a change. However, performance is the biggest problem. All modern games run much better on my machine than Sewerside. 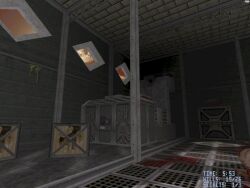 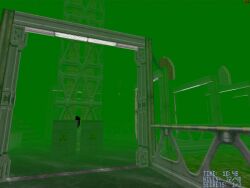