The Review: Salvage Title is the result of a three-day mapping sprint by MRCK. It's something that could have come out of an early-but-lost-since version of Duke3D, dated somewhere between LameDuke and v1.3d, with a hint of Billy Boy's design in it as well with its rugged but kinda wacky industrial looks. The map often looks sloppy, but it's certainly self-consciously so. On the surface, a lot of the texturing and sprite usage is like straight out of a bad mid '90s map by someone who doesn't know what he's doing, but in the hands of a skilled mapper there's consistency in inconsistency and weird beauty in all of it. The layout owes less to Duke Nukem 3D and more to Billy Boy; the place (a city neighborhood with a junkyard and a drive-in theater) doesn't make a whole lot of sense functionally and is architecturally "incorrect" - in fact, I'd like to think it's a parallel world inhabited by those weird-looking cars (that don't seem to need roads, by the way).
For a map that took just three days to finish and that respects the limits of v1.3d, Salvage Title is quite lengthy; my first playthrough took 17 minutes, which struck me as surprising - I guess time flies by when you're having fun. Gameplay is largely conventional but with a spin; there are more Octabrains, slimers and Sentries than you'd expect and not that many Pig Cops. You're strongly encouraged to rely on the more exotic weapons in your arsenal as well (although I couldn't find the Freezer on my first playthrough, then missed the RPG on my second). The final boss fight has a nice twist to it too. My only gripe is that some areas were a bit cramped (mostly due to decorative sprites getting in your way), which is something I haven't had to say of MRCK's maps in a while, but it kinda fits all the wackiness around you. The map comes with a midi version of a NOFX song that's fun to play on a guitar.

Conclusion: A refreshing and fun-to-play map with its self-conscious "anti-design" looks and abundant weirdness. 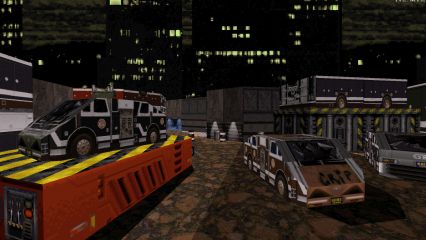 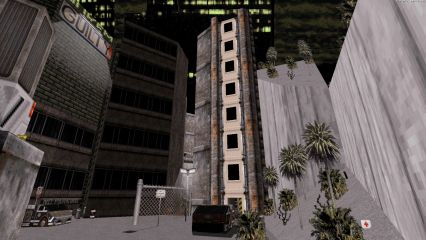