Description: A massive Eduke/Jonof city map in honor of Pascal Rouaud by a bunch of Jackson Five fans. There's an optional skybox and the level is over 800 kilobytes making it the biggest map as of now (JFCBP1 held the title for about two weeks).

Design: The map was done by four authors who all share more or less the same unique style which includes taking full advantage of Duke's original textures through the use of different combinations and palettes. This is not a CBP type project but a usermap that has a common theme. Good luck finding out who built which part! There's a massive amount of spritework and some pretty good looking buildings popping up everywhere. Some of the building exteriors looked particularly good. A few posters and decorations felt a bit out of place and some locations seemed to lack realistic lightning but these were minor issues. Both beaches looked particularly good and managed to bring in some extra flavor. I'd bet some of the cramped indoor parts were made by MRCK (they looked good though).

Gameplay: The gameplay flows well with a bunch of nice tricks from the masters of such levels as Red & ABBA. You may have to think a bit to get the first key but other than that - it's pretty simple. Enemy spawns were well placed and balanced for the most part but started giving me headaches near the end. Not that the level is hard - it's certainly filled with enemies but there's health and ammo behind every corner. Near the end you're given a choice between two endings both of which are maybe a bit anti-climactic. Took me a good fourty minutes which, in my opinion, is a bit too long for a standard, although huge, usermap. The second playthrough took me 32 minutes with a killcount of 100%. I also discovered a few places I had missed during my first playthrough but found only one secret place (without searching).

Innovations: The level seems to recycle a bunch of things and is more like a remix of past Oostrum, MRCK and Taivo maps.

Conclusion: It's good, incredibly detailed and there's lots of it but maybe a bit too much. The never-ending wave of enemies is not the best way to extend a map but luckily it's not a problem until the last few minutes. It doesn't get much bigger or more beautiful than this (although, whether you like these palette/texture combos or not seems to be a matter of taste). For more of the same type of action, but in smaller (and, in my opinion, better) doses, try the Spiegul Contest maps from the very same bunch of authors. 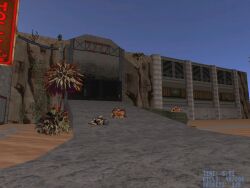 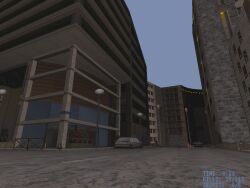