Description: A huge city (took me fourty minutes) surrounded by canyons. Mincer City is a sequel to Demolition Plant and the third level in Rendezvous episode.

Design: Mincer City is a very idyllic place, kinda like some modern-day Arcadia. It's got tall, beautiful skyscrapers surrounded by lots of vegetation and mountains. Duke's foes have taken it over and are turning it into their own utopia. RazorZ carries his vanilla style from the previous Rendezvous maps but this time the environment is more interesting and not just generic hi-tech bases. The map excels in texturing, terrain design and spritework. On top of this, a burning section of the city is visible in the distance. Reduced visibility is a bit so so because it prevents you from seeing some of the cool buildings properly from a distance (doesn't matter when you're indoors). There are also locations where the level seems to come to a sudden stop. This is because RazorZ "suddenly" ran out of sectors (which is pretty impressive considering the new limits) and did a somewhat poor job hiding it.

Gameplay: As you enter the city area, it seems that you're treated with dozens of routes. You get to chase the first two keys in any order you wish but after this the level progresses quite linearly. There are a few optional areas in case you're short on items or if you just wish to take a look round. All is well until you enter the main building when the game comes to a sudden stop. You've just pressed a button with absolutely no knowledge of what it did so you may end up wandering around the map for quite some time. This is a bit painstaking, especially given the level's openness. This is also when the level gets a bit stingy in the health department. You're expected to deal with tanks, commanders and Battlelords with only a few +10 medipacks. There are also locations where you're expected to take damage.

Conclusion: Mincer City has an interesting and fascinating theme which is carried out nicely in the way the level's been designed. The map looks and feels ambitious but suffers from some shortcomings which could've been easily fixed. 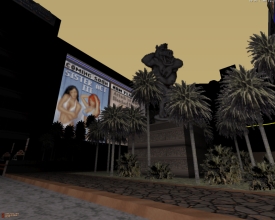 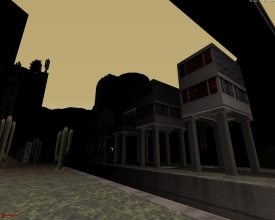