Description: A medium-size water/waste treatment facility in the spirit of the original levels.

Design: Considering Steambull's previous maps, The Newbeast Research Facility and Nasty Flavour, Foul Odour seems less ambitious, a map that resulted from getting a dose of inspiration from playing LA Meltdown, the first episode. Odour is about as vanilla as it gets, with emphasis on strong lighting and texturing (especially trimwork). Design is average, some rooms seemed even a bit barren (could be partly due to scale as all rooms have more than enough space to move), but overall the map's looks are satisfying without ever rising above that unambitious vanilla look. I commend the level for showing how good texturing and lighting can make even a big, relatively underdetailed room look good.

Gameplay: The level should take you no more than 20 minutes during which you get to pick up a few cards, push a few buttons and kill some bad guys. There's nothing out of the ordinary and the level's flow is just perfect, meaning you shouldn't get stuck too often or for too long and the item/monster ratio is spot on. There are a few touches of originality and the only complaint I can figure out is that some of the buttons were placed rather poorly, against an unremarkable wall behind toxic waste barrels or crates, something that just seemed to stand out.

Conclusion: Expect something very vanilla (you don't even need Atomic Edition!) and you're going to love this level. 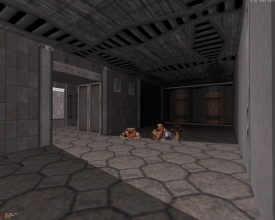 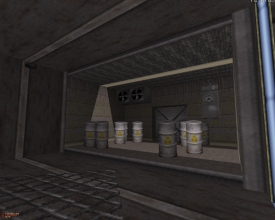