This "newbie" Community Build Project went through a lot of hassle but it got done eventually. The result is a mixed bag of newbie maps. And by mixed I mean just that: the maps are of varying size, quality and theme. The only common thread is a secret button, hidden in each map, that combined open an alternative ending in the hub map. The hub map is a nice touch and a lot better solution to ordering maps than forcing the player to go through them in a pre-determined order, especially in an episode like this with no common theme. You also retain your arsenal after each map so gameplay balance is a bit dependent on the order in which you play the maps. Anyways, here are the maps (in no particular order):

-Micky C: Ironically, the map that at one point stalled the project got released before the rest. Anyways, this map has already been reviewed separately. Easily the biggest map in the pack.

-Radar1013: Some kind of an abandoned facility with a bunch of E1L4 type of conveyor belts. Lighting is ok and the map's got some moody bits (including its well-picked midi) but it's severely lacking in details.

-VinsaneOne: This map consists of a parking garage and a hive area. The garage is covered with that lovely creamy texture and the map's overall look is decent and polished but lacking, particularly with respect to trimwork. Not bad for a first map.

-Oporix: A short map that consists of just three rooms. The map's got a refreshing and exotic look (some kind of a weird temple) compared to the rest of the pack.

-Spirwell: Uh, a couple of empty rooms (one of which is a maze) with no details whatsoever. Only one wall texture is used throughout the map (ŕ la Wolf3D) and puzzles consist of finding hidden doorways/elevators.

-High Treason: A warehouse with tons of - you guessed it - crates! The map has some of the finest spritework in the pack but overall its design is a bit uneven. The warehouse area has a Hot Map look while the rest of the map falls below that. You move from one section to another via cranes, unless you happened to pick up a Jetpack from an earlier map.

-underTaker: Clearly the best map in the pack. The map, a hotel, has got a classic Shrapnel City look with excellent lighting and texturing. My only complaint is that a chunk of fighting takes places in relatively narrow corridors.

Conclusion: As said, the pack is a bit mixed which is to be expected as it's quite apparent that the authors are on different skill levels despite all being, in some sense of the word, noobs. UnderTaker's map is the only one that'd qualify as a Hot Map but the pack as a whole is well worth playing. Every map is fun to play and the secret button sidequest is a nice bonus. 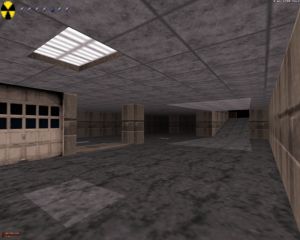 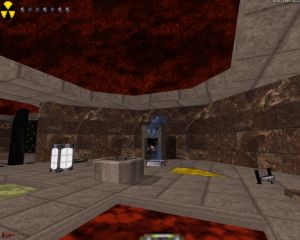 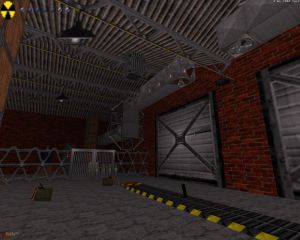 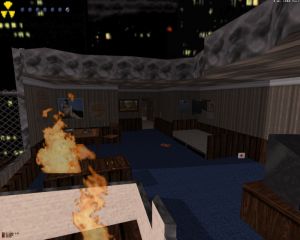