Description: A medium-size city level in the style of 3DR city maps. Part of an upcoming speedmap episode.

Design: With Foul Odour and Demolition Plant having been released recently, vanilla maps are making a comeback. This "teaser" (for an episode featuring more similar maps) is pretty ordinary, the kind of you'd expect to find from Shrapnel City were it not missing a central theme (there's a subway but you spend little time there). Design is clean and well-textured with strong lighting. Only a few small things (such as non-uniform trashcans) give away the fact that the map has been designed by MRCK.

Gameplay: Pistol comes in handy as you'll be shooting quite a few bad guys from a distance. Battles are mostly fair; you're given enough space to move around (several oversized objects actually make you wonder if MRCK had anything to do with the map since he's mostly known for making things cramped) and you don't have pig cops spawning behind your back upon entering a room. My only complaint is the ending, which is like a smack in the face with its tedious, WG-like three-Battlelord battle.

Conclusion: The kind of a city map every Duke3D fan loves. 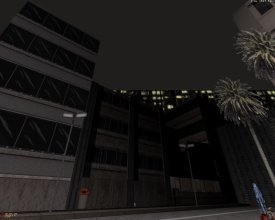 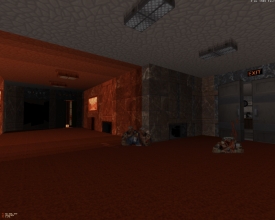