Description: The first publicly released Duke3D map by Nexus is a human terraforming facility on some arctic planet.

Into it: It's a good thing I gave this map a second try (like I usually do) because I'd have sent it to Maps (although with a relatively high score) based on my first playthrough. "Fornax" is pretty scarce on supplies so you need to conserve ammo and particularly health or have luck finding secret places. Also, I didn't like getting stuck the whole time so I kept dnshowmap on throughout the map. There are small (or invisible) cracks on walls, buttons with no indication what they're supposed to open and a few other things that stalled my progress the whole time. The good thing is that the map is not a typical map with only keys & buttons. I also liked how the author forces you to take a dive every now and then, with one section where you have barely enough oxygen to do what you're supposed to, which some of you may not like but at least you're not forced to drown.

Design is not bad and there were some locations I really liked (the main "reactor" room, the blue lock location and a few others) but then there were locations that seemed to be from another map (the whole living quarters section), not because they were thematically off but because of poor design. Generally speaking, texturing and lighting could be better. For example, the post-forcefield hallway looks very bland. Once again there are noticeable differences between different sections of the map but this could be due to long development time. Arctic (Fornax takes place on another planet though) maps have always been my favorites but I felt the theme could have been used more effectively here. Now the few outdoor areas have very poor visibility as if to hide what the base looks from outside.

Conclusion: Gameplay in Fornax is not really ideal which is why you should give it two tries. This way you can play the map without getting stuck and you learn to conserve ammo better. The map does manage to avoid being just one typical button/key map among many others but that comes at a price. Design has its ups and downs but mostly it's just above average so there's a bit to improve upon. 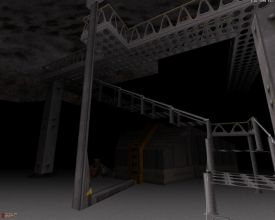 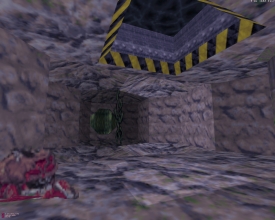