The Review: This isn't exactly the first time that someone made a Duke3D map based on a shopping center, but it sure is the best I've seen yet. To be sure, there's nothing remarkable about the place itself; it plays more or less like any other shopping mall map with a fair degree of open-ended navigation as you explore all the usual boutiques and stores while blasting aliens to bits in between. However, where Brullov's map truly excels is its design: Fallout Freeze is simply one of the best-looking maps I've ever played for this game. Detailing, lighting, spritework and texturing are all of outstanding quality; nothing about the map's design feels lacking or half-assed, everything is polished to the brim. Texturing is worth a special mention. While maps tend to recycle plenty of textures from one section to another, often applying a recognizable color scheme in the process, Fallout Freeze goes the other way; basically every room has its own unique texture set. It is only rarely that the author resorts to using Duke3D textures as they are rather than giving them a spin. And rather than ending up looking like an incoherent mess of colors and textures that just don't mix all that well together, this map always manages to look nice and tidy. One thing the author seems particularly fond of is dividing a wall texture into two vertical layers, an effective way of making things look less flat. Not everything is done with vanilla textures, however; Cage has provided a whole bunch of new textures that all blend in great with the stock material.
Another truly impressive quality about the map is its extensive use of the so-called true-room-over-room effect for the mall's two floors. To apply "TROR" on a scale seen in this map takes quite a bit of planning ahead, as the system doesn't really allow a lot of flexibility. As someone who's too lazy to even entertain the thought of applying TROR even on a small scale, I found all this very impressive.

Gameplay-wise there's nothing quite that outstanding about Fallout Freeze, but I did enjoy its steady flow and moderate amount of aliens more than I have enjoyed several recent releases with their rather severe combat-related annoyances. That being said, the map felt slightly static, and I wouldn't have minded seeing a few more Sentries and Protector Drones chasing me down the hallways. There are several new con-based effects, including a keypad that you can operate and a sparingly used snowfall effect that looks no less than incredible, especially when combined with some atmospheric background scenery. The map comes with a new soundtrack that combines a modern interpretation of Streets (E1L3) with a bit of Christmas spirit, which works surprisingly well. The only feature I didn't really like was the footstep sound effect, as it sounded like Duke has tiny legs. 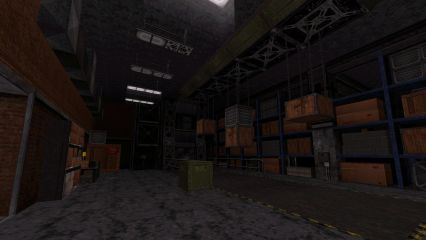 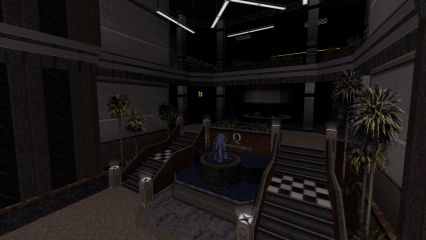