The Review: A welcome change in recent years has been the influx of maps that attempt to do things differently, to breathe fresh air into this old game. Duketroid fits into that pattern; it borrows its influence from the so-called Metroidvania games. Having been a Sega fanboy in the '90s, my knowledge of the subject is pretty much based on the Youtube videos of James Rolfe and Mike Matei (the men behind the "Angry Video Game Nerd" character). The gist of the concept seems to be somewhat open-ended maps involving lots of backtracking dictated by the availability of certain items that open up new routes. When you think about it, it doesn't really sound all that different from Duke3D with its endless key-card quests. Duketroid, however, takes the player beyond a simplistic search for keys. It quickly becomes apparent what you need to do: Trying to cross a hallway filled with radioactive lava without protective boots is an exercise in futility. Wandernig off into the dark without night-vision goggles is a risky endeavor. And so on. There's nothing too tricky here; basic knowledge of the game's inventory items is sufficient, but you must also be aware of the potential (however small) to irreversibly fuck things up. For the same reason combat in the map has been toned down, to prevent the player from wasting precious shrinker projectiles and rockets on enemies. Unfortunately this is a tradeoff; when you're playing Duke and have the shotgun, you want to kill as many aliens with it as possible. As it is now, combat consists merely of scattered encounters, as if adding monsters was a mere afterthought.
Duketroid's design is impressive, especially considering the author doesn't seem to have published anything in the past. Texturing is familiar, and there's more than a fair amount of detailing (including spritework) going around, but overall the emphasis seems to be on architecture (that general look of things) with eye-pleasing sloped surfaces everywhere. The lack of intricate detailing has also left more room for lighting, a design aspect that tends to get overlooked in heavily detailed maps. Overall the Metroidvania concept gives the design a nice sense of purpose; it's not there to get in the way but to complement the central gameplay concept.

Conclusion: Duketroid does an excellent job in presenting its gameplay idea. Not only is it intuitive, but it's also wrapped in a well-designed package. That being said, if more maps of this nature appear in the future, they should be more refined to strike a finer balance between combat and puzzles. The map is also a bit short for anything but presenting its concept. A few minutes into the map the "cross a short path, get an item, cross another short path, get another item" pattern becomes all too predictable. As a sidenote, the author has an extensive blog series on the map's development here. 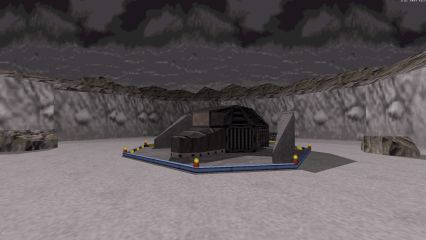 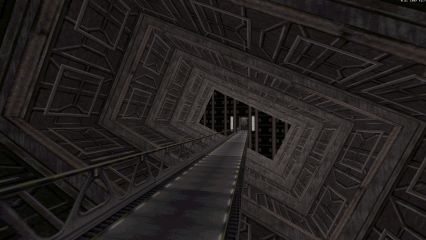