The Review: You start off your day like Duke often does, by jumping off your ship as it heads toward the horizon and an inevitable collision. This time the ship crashes into a much larger alien ship, parked next to a research facility located in the middle of a park. The facility houses a teleporter that you must activate in order to reach your next objective.
The author relies mostly on vanilla looks for texturing & such, but the map has a unique feel to it, as if not everything is quite right; it's the little things that feel a bit off, mostly to the map's benefit. There are plenty of nifty little details, including a cool information screen, scattered around the map. Visiting the alien spaceship right in front of the facility is optional (and I did this only around halfway through the map), but I liked the level of detail it has, which kinda reminded me of someone's LEGO project. Only the map's lighting was disappointing, relying almost exclusively on uniform light levels and somewhat low visibility. The scale of your surroundings is realistic, even too much so as it's not very accommodating to the game's running speed.
The basement of the facility is flooded with slime; plenty of boots are provided, but a wrong turn or playing the map in the "wrong order" might result in you having to take some damage - or abuse the crap out of the jump key. A few puzzles must be solved to power up the teleporter. Hints are provided and there are several viewscreens with a shit-ton of text and interesting background information - thank god Mapster32 has a proper function for typing text now, as back in the day it'd have taken a day to type all that out. There's one important hint that's probably easy to miss (even though I found it immediately), and there are a few other annoyances along the way, but overall I liked the sense of exploration and working my way toward the teleporter. I did find the map's enemy placement weird though; almost all enemies appear in large groups, then there are long segments where you don't come across anyone. Just don't waste time and ammo trying to take out all the Pig Cops individually, as you can easily herd them into groups and take them out accordingly with pipebombs. The map's scale may get in the way from time to time in combat situations, but the map is so generous with supplies that I don't recall ever going below 50 hp.

Conclusion: Chillin' is a welcome, fresh-feeling map from an author who's mostly done Doom-type maps in the past. The author should be more mindful of scale in the future and lighting has a lot of room for improvement, but otherwise Chillin' is a solid piece of work. The map's somewhat expected-but-abrupt ending left me wanting a sequel, so hopefully one is on the way. 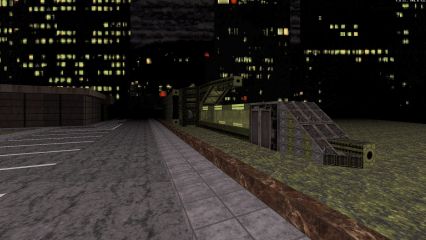 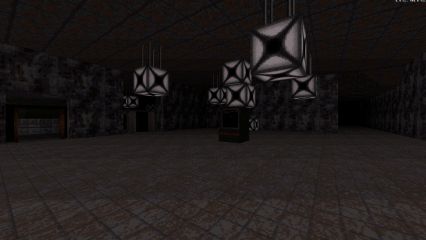