The Review: Arzca's recent maps have been significantly inspired by the originals. Blumderwood Holocaust is no different, being essentially a remake of E1L1; but it's a remake with a spin. While a remake usually sticks to the layout of the original but goes for more up-to-date visuals, this one goes for an entirely different layout while keeping more or less every location from Hollywood Holocaust; you've got a movie theater, its lobby, the bathroom, the projector room, the arcade, etc. All of it just appears in a different order, but just as "under-detailed" as back in the day. Moreover, the author made a conscious decision to stick only to those assets that could be found in E1L1, which sounds like an interesting challenge in itself. Detailing is on par with E1L1 with emphasis on strong lighting, but texturing seemed noticeably sloppier than in the classic.
There are some bigger problems as well. First of all, the scale of the first street area is way too big and lacks content. Similarly, the alley near the end and the rooftop area next to it also could've used a more limited scale, as now there's too much empty space, which is something the originals never really had. Also, basically half of the movie theater seems to be in an altogether different location, but without being a movie theater at all, only its lobby; if that sounds confusing, that's because it is. The result is that while the original felt authentic, this one feels a bit weird. The map is pretty low on the monster count, just as the original was, but it's not necessarily as easy as it sounds; the layout and the placement of enemies can throw you off, as the setting and premise make you expect things to be a lot like E1L1, so it can be confusing when they turn out to play even a bit differently (which is of course a good thing as it keeps you on your toes).

Conclusion: An interesting and unorthodox take on Hollywood Holocaust, but some of the things that separate it from the original don't really work in its favor. 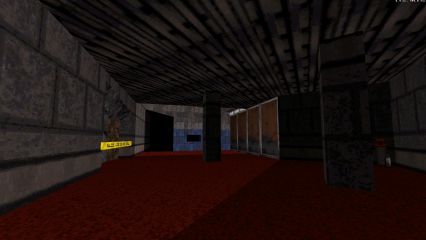 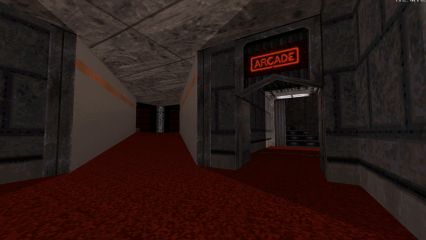