The Review: Duke has officially left the Earth and now finds himself stranded on an orbital station. This is a pretty typical Lunar Apocalypse type of map; there isn't much detailing going on, but the map makes up for it with strong lighting (including some standard but often neglected cycler effects) and simple, polished texturing. Moreover, a lot of the map feels functional rather than just generic "computer panels and reactors everywhere" (the originals had a lot of that going on, which was in stark contrast to the city maps). Still, the map is extremely horizontal and could've used a lot more height variation, and while there are some cool views of space every now and then, the exteriors of the station look rather boxy. The second half of the map, after you catch up with the EDS Archer spacecraft, has more interesting architecture (including a nicely elegant reactor room) with some sloped surfaces and less E2-bound texturing. Combat and puzzles are rather typical; enjoyable, but nothing terribly memorable. Highlights include a setpiece where you catch up with the EDS Archer and a model of the solar system with realistic orbital periods. 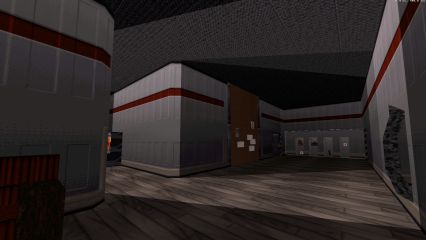 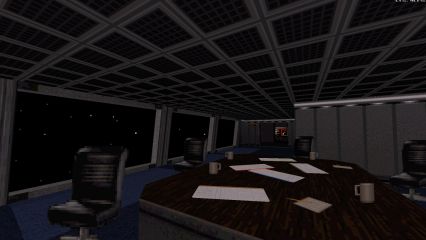