The review: Here's another Duke3D based on Nostromo, the vessel from the first Alien movie. Compared to all the other Alien-themed maps, this actually has thematically very little to do with the franchise. There are a few vague references but other than that this is a rather typical spaceship map with both hi-tech and organic parts. Design varies from a bit below average to average and there are some cool views of the spaceship through forcefield windows. The author has saved the best bits for last. Gameplay is typical with a few tougher combat setups near the end. (In fact, my biggest problem had nothing to do with the map: Due to not being able to run the game in Polymost at the moment, I had to play in the annoyingly slow Classic mode that's currently plagued by a bug that reverts brightness and gamma settings to their default levels, meaning I couldn't see shit half the time.) Anyways, the map is nothing revolutionary but it plays well and is sufficiently well designed so give it a try. 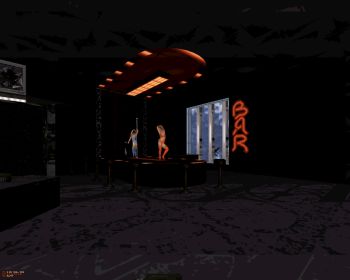 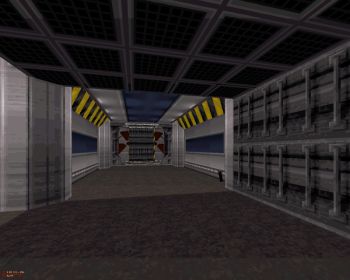