Description: After two Alien-themed maps, Puritan is back to making more ordinary maps... except Twin Creeks looks and feels pretty distinct from most usermaps. A whole bunch of stuff has been borrowed from other games and mods, including lots of textures from Duke It Out in DC. Duke must make his way to a hydroelectric power plant in order to prevent the alien scum from using all that energy to their own evil advantage. This serves as a convenient excuse to take Duke from one place to another.

Into It: The map essentially consists of three parts: an industrial district, a countryside and the power plant. There's this nice gloomy atmosphere that engulfs every bit of the map. It's kinda like you're expecting to see some rain but it just never seems to get there. Anyway, I found this the single most appealing aspect of the map, and it works best when there's stuff to see in the distance, such as apartment buildings or industrial sites, which look great against the gloomy backdrop. About midway through the map you'll get to visit a quiet country road with a gas station, a nice switch from the previous part's industrial hell. The power plant itself reminded me of a similar site in Alan Wake, a game with an atmosphere similar to this map. Puritan's maps have always been more about architecture - the general look of a location - rather than intricate detailing. And so it is here, as Twin Creeks is easily at its best when you're outdoors or next to huge machinery. From time to time, there's some of sloppiness around, such as fullbright sprites or weird texturing, but it's no big deal. The map's gameplay is different too. There's little backtracking as the map is more about maintaining a constant sense of momentum: there's so much to see that it'd be pointless to force the player to bounce around one location for an extended period. Similarly you won't find tons of respawning aliens. In fact, the map uses aliens sparingly, but still manages to be challenging. There are a few spots where you'll probably get stuck for a while but Puritan has provided enough hints to make it fair.

Conclusion: Puritan's Alien-themed maps may have suffered from inflated expectations but there's no such problem here. Twin Creeks is a big map with lots of variety to keep things interesting and a conservative amount of aliens to keep your attention on the gloomy environment rather than your ammo count. 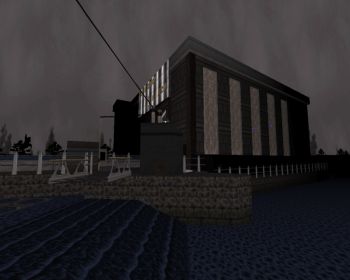 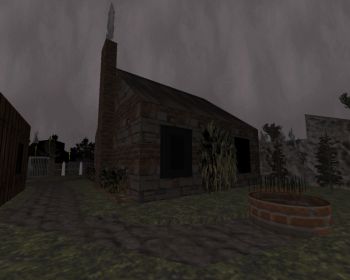