Description: Puritan's second Alien-themed map (see Nostromo), this time based on Alien Resurrection. Duke is sent to investigate the USM Auriga and kill some aliens.

Into It: The map follows in the footsteps of Nostromo in that there's a quiet build-up followed by a more explosive second half. There's a cool and rather intuitively set up jumping puzzle at the start of the map, a rare treat in maps like this. Texturing feels a bit out of place at times, such as when there's an organic texture playing the part of a metal texture, but generally speaking Puritan's texturing gives the map a distinct touch. Still, it could've used more work to avoid those out-of-place textures. Unfortunately, once again perhaps the biggest problem is lighting, which is rather bland. There's very little toying with sharp contrasts or lighting effects, both of which should be a must in an Alien-themed map. Their lack makes the map seem a bit static. Another factor contributes to this: the climactic moments that never really come. When you shut down the reactor, you expect a reaction but all you get is a short alarm sound and some quake. In fact, the reactor remains on after this "override". Some moments after this the ship's hallways start to come down around you in a cool sequence of explosions and collapsing ceilings. Unfortunately, during this sequence I came up with three ways to easily screw up the map's progression for good. Another moment that doesn't quite live up to its potential is the aliens' escape. Unlike in the movie, there's no sense of urgency or growing threat.

You'll come across several locations from the movie although many of these pale in comparison to those in the only other Alien map based on the fourth movie, Devastator's Alien 4: Resurrection. Corridors, often so important to Alien-based maps, are easily the most consistent and good looking part of the map. There's also less wandering around than in Nostromo. The map relies on Protector Drones and, a bit oddly, some Sentries which appear inconveniently prior to the aliens' escape. Protector Drones are definitely more fitting than the Enforcers and Commanders you came across in Nostromo. There's a boss fight at the end and it can be quite challenging depending on how many bullets you waste on her minions.

Conclusion: Compared to Nostromo, Alien Resurrection does a few things better. It's a bit more linear in a good kind of way and there are less repetitive corridors. However, Resurrection suffers from bland lighting and lack of scripted sequences and set pieces that together could've made the map a more interesting experience. Also, unlike Nostromo, there's no custom content that could've spiced up the map's atmosphere a bit. Now the map doesn't really get going until the ceilings start to come down. It's also not quite as faithful to the movie as Devastator's map, although thankfully there are no cheap invisible walls around in this map. Still, while the map doesn't reach its potential, it's a worthy addition to the constantly growing collection of Alien-themed maps. 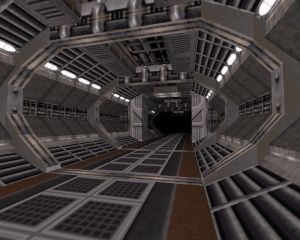 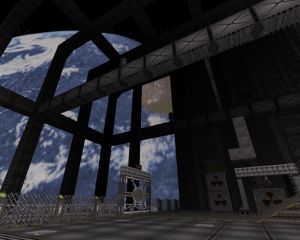