The review: Quantum Physics picks up where Riverside Town left off: Duke's boat ride is interrupted by an alien invasion of a nearby town, which also hosts an underwater base. By now High Treason's maps should be known for offering all kinds of little treats with respect to the use of effects. In fact, the map I found myself thinking of was The Last Time Pissed, although this one is by no means as ambitious. Nevertheless, you're constantly surprised by some neat use of an effect, even if it's something as simple as an elevator that displays the floor number. As for design, there's some repetition from the author's previous maps, especially in the map's narrow hi-tech sections, but overall the map looks good with clean texturing and heavy reliance on effects to spice things up. Gameplay is balanced, and I particularly liked how the enemies were positioned so that the map's narrow architecture did not seem to cause any trouble with respect to combat. The last hub area offers several routes depending on the in-game (you'll see) clock. This should motivate you to give the map at least two tries. All in all, Quantum Physics is an entertaining map thanks to its balanced combats, replay value and, most of all, the fact that it breathes new life into the game without resorting to con tricks. 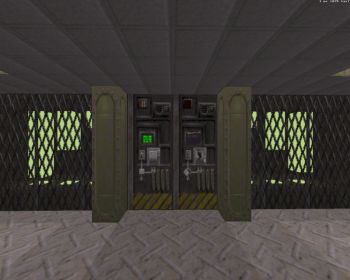 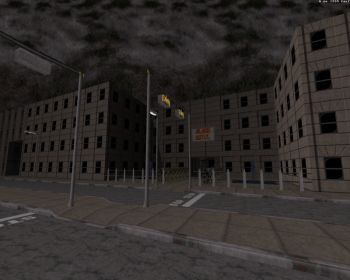