The review: Stadium maps have been a part of this game ever since Duke scored a field goal with the Emperor's eye. While not among the most popular city themes, there have been a few notable stadium-themed maps, my favorite being the one in Last Reaction & Water Bases. As is customary, Duke spends most of his time going through various surrounding locations before hitting the actual arena. Paul's design is not quite as eye-catching as before but there are glimpses of good TROR use throughout the map. More importantly, the map does not utilize Polymer lights, making it playable for the most part but it's still noticeably sluggish. The author recommends the map to be play with the HRP which gives the map a bit more colorful look. Usually this would be a bad thing but without the HRP Atomic Arena looks a bit dull so you're probably better off just playing with the HRP. Gameplay is good with a heavy emphasis on the pistol for a good while which is refreshing as maps these days tend to provide you with better weapons almost from the get-go. Vents & such play a role in opening up routes so the map is not an all typical fetch-a-key-then-backtrack ride. At one point you're required to perform a rather challenging strafejump, which some players may not know how to do. The map's climax has been done to death but this is a stadium map so no surprises there. Overall the map may not be as ambitious as Paul's prior work but it's still a worthy 20-minute addition to the pretty short list of stadium-themed single-player maps. 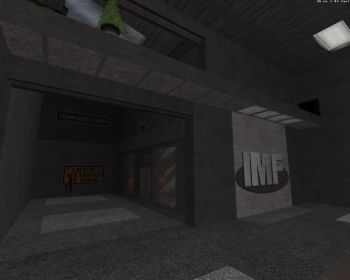 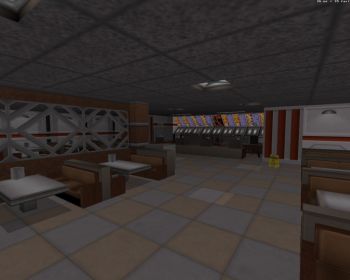