Description: Duke finds himself captured again; this time he's stuck in a prison cell on a Lunar base. Brig It On is the first map of an upcoming "Moontang" episode. Captain Massive previously surprised us with Hogwash, an underwater base map.

Into It: Like Hogwash, Brig It On constantly throws new ideas your way. It's a joy to play a map where the author is really trying to make every room look unique and boast some fresh ideas; often nothing revolutionary, just nice little things that spice things up every step of the way. (I don't think I've ever found myself so focused on washing machines in the past.) The map is spacious and doesn't rely on the kind of detailing that fills up every inch of the map but instead relies on solid architecture and a few well-placed details such as detailed machinery. Polymer is strongly recommended but Polymer lights are mostly an extra ingredient; the map still relies on sector-based lighting. The Polymer lights are very effective in this map, however, and should be turned on if your computer can handle them; they're used sparingly anyway so they shouldn't put too much pressure on your framerate. Combat features everything from Troopers to Battlelords and there's a quite challenging timed arena battle at the end. Like with Hogwash, the map's new custom track really makes its presence known but mostly for the better.

Conclusion: A strong start to a promising episode, Brig It On is soaked in new ideas but doesn't rely on them alone to carry the map. The map is fun to play, often challenging and makes effective use of essentially just a few Polymer lights. 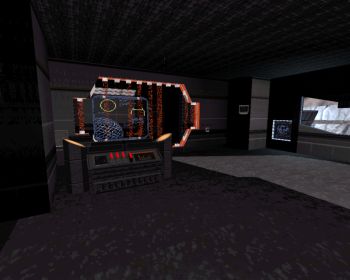 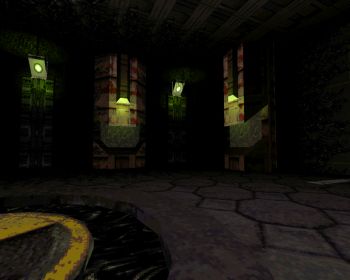