Description: Duke heads to an underwater base beneath the solid surface of Triton where the aliens have orchestrated another hostile takeover.

Into It: As far as layout is concerned, the base is a hollow square with the hollow part being a big underwater area, which is kinda like those Lunar Apocalypse maps where having the layout laid out like that helped you keep track of your progress. The author recommends Polymer for lighting but it gave me such a crappy framerate that I had to turn it off. That sucked a bit because without Polymer the map's texturing & lighting looked dull but only slightly so; some locations such as the medical section and the messhall really excelled in texturing. Another problem I ran into were mirrors displaying the infamous hall of mirrors effect. Technical issues aside, Hogwash turned out to be a very refreshing map. This is one of those few maps where the author is constantly throwing nifty little things at you from usable microwave ovens to aliens taking a dump. The map doesn't utilize its underwater theme as effectively as BobSP4 does, but avoids many of that map's issues in the process, most notably allowing greater freedom of movement in its large hallways and rooms. Hogwash is also one of the extremely few maps to have found use for the mysterious "Forcesphere" sprite (#2590), a spark-like object that expands into a spherical forcefield. The map's puzzles are fair and despite its above average size, I never got lost. Your opposition increases steadily, and cleverly thought-out secrets are worth keeping and eye on. There's also a new music track that suits the mood even if it seemed like a weird choice at first.

Conclusion: Not that it ever had much competition, but Hogwash: Siege on Titan 3 stands out as one of the best underwater maps. While it doesn't fully take advantage of its surroundings, the map has a natural progression and keeps things new by throwing not-often-seen tricks and features at you. Those able to play the map the way it was intended can probably add a few points to the score. 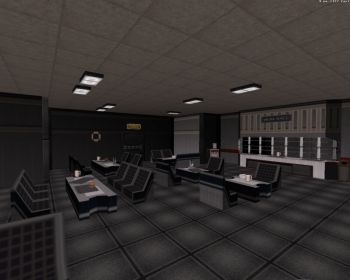 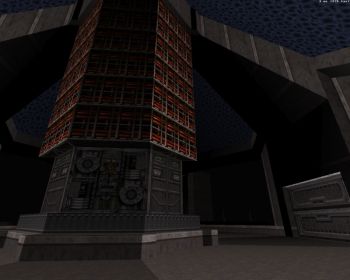