Description: Bob Averill is probably the most influential Duke3D mapper along with Pascal Rouaud, and the last active mapper (in addition to yours truly) of the Dukeworld days. BobSP 4 is a "concept map" where Duke must scuba long stretches on the ocean floor in search of stubborn aliens he downed in BobSP 3.

Into It: Underwater travel and combat are emphasized in BobSP 4 like never before in a Duke3D map. The ocean floor itself is a huge open area with detailed terrain and many artificial underwater structures. This comes at a cost: despite being a non-Polymer map, the open underwater area yielded a framerate in the 10-20 range. Fortunately the map's indoor locations are largely unaffected by such poor performance. Some have complained about the tediousness of having to travel long stretches underwater only to end up in the wrong place with barely any oxygen left in the tank. I happened to take the right route from the beginning and the map is very generous with the distribution of scuba gears. Still, oxygen is an issue from time to time, but that of course only makes the map better by making it more exciting: take away the scarcity of oxygen and the environment immediately becomes non-threatening. At its best the map makes you feel like Ed Harris in Abyss, sinking toward the final frontier. Bob's maps have generally been generic hi-tech bases and this one is like that too, at least to a degree. Every structure seems to serve a purpose, be that an underwater laboratory or a prison. Moreover, the readme lays out a background plot and there are some objectives to complete, giving your goings a nice sense of purpose. The map may feel a bit confusing at times but I'm putting that down to the underwater environment: there are plenty of hints but your surroundings constantly make you a bit uncomfortable. Combat is not the map's strongest point, especially the underwater variety. Playing with autoaim renders rockets a bit ineffective underwater and having to worry about oxygen makes you want to just swim past your enemies. Meanwhile, indoor locations tend to be a bit cramped. The map's start is also a bit confusing, the ending a bit too abrupt and there seemed to be quite a few bits where supposedly underwater sectors had not been tagged as underwater sectors. The included midi track is terrible but you can always turn it off. Design is, of course, impressive but no longer considered revolutionary. Instead, Bob's focus in this map seems to be on large open areas. Such Conceptual Grandness is something that was missing from past BobSP maps.

Conclusion: With Sub Species Bob has gone where no man has gone before. Extensive use of the underwater theme makes the map stand out but it has its drawbacks too, mainly related to low framerate and tedious underwater combat. BobSP 4 is impressive in setting and design but lacking in gameplay. 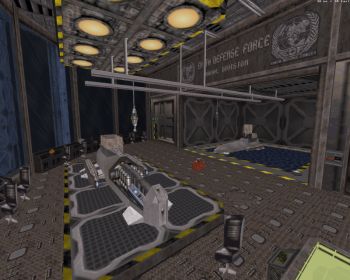 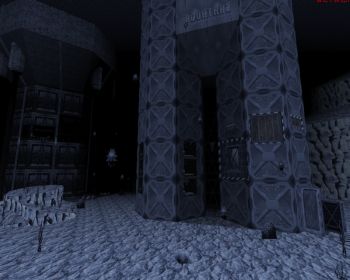