The review: Duke wakes up to find his neighborhood obliterated, with fires raging all around and the surrounding buildings swimming in some strange green alien goo. In the first segment Duke tries to escape his apartment building. This part is most reminiscent of oldskool MRCK maps with narrow corridors and low visibility. Even worse, Duke has nothing but the Devastator, a poor choice for indoor combat. As Duke gets out in the open, he is attacked by hordes of aliens but this time he's better equipped to deal with them. The area here seems to be surrounded by some kind of a forcefield (which I initially mistook for a crappy rainfall effect), as if to make sure Duke doesn't escape. In the last part Duke navigates a subway system as the alien infestation catches up; gameplay is more traditional here with mid-sized areas and regular combat setups. The map actually seems to get more interesting the further you go, and has that "get to the bottom of it" feel (quite literally so). Design-wise MRCK is stepping out of his shell a bit and trying out different things; his take on the alien infestation theme is a good one, as the alien organism seems to creep deeper and deeper before the player's eyes. MRCK also excels, once again, in designing new signs using the same old assets in novel ways; thanks to this, you even get to visit a Subway restaurant. The only problem I had with the design is the map's somewhat bland lighting, a common problem in highly detailed maps. Gameplay is pretty tough, especially the first bit with its narrow corridors and lack of supplies. I also never came across a single chaingun despite seeing ammo packs for it, which translated into a pretty tight ammo situation in the map's final third.
Siebenpolis was a bit of a letdown, although one has to appreciate MRCK's attempt to try out something new. The End of the World Part 1 is a bit of an experimental map too but more on the safe side. It's thoroughly well designed with a few new ideas thrown in, and its gameplay is enjoyable with a decent amount of challenge even if that challenge is slightly inconsistent with the toughest parts taking place in the first segment and my ammo problems in the last segment having more to do with a weapon I couldn't get my hands on. 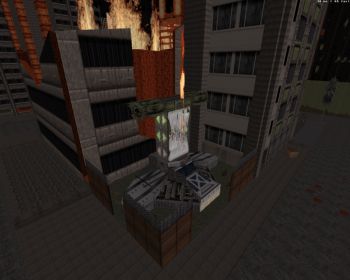 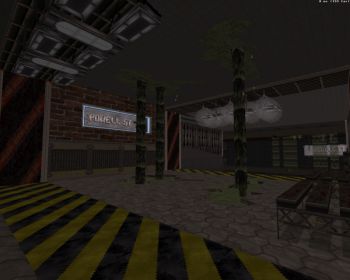